Big B completes Aladdin', busy with last schedule of Paa 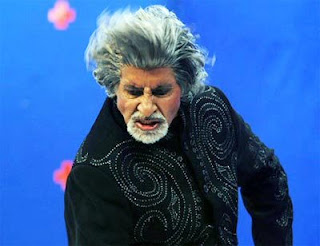 Big B completes 'Aladdin', busy with last schedule of 'Paa'

New Delhi, May 22 (IANS) Fans of Bollywood megastar Amitabh Bachchan may be in for a double treat since the actor has completed "Aladdin" and is now working on the last schedule of "Paa". He says the two movies might release in close succession.

"The dubbing for ?Aladdin' is almost over. We have managed a fair amount of work already. Perhaps tomorrow we shall be able to complete it entirely. The promos shall be starting soon," the actor posted on his blog www.bigb.bigadda.com.

The next in line is R. Balakrishnan's "Paa", in which he has teamed up with son Abhishek.

"'Paa' starts tomorrow again after a long gap. They have been doing extensive work with Abhishek. This is the last schedule," he added.

Choreographer-turned-director Farah Khan, who is currently scripting for her next project "Happy New Year", says that in spite of her professional commitments, she spends maximum time with her kids.

Shruti Hassan unwinds in the kitchen

Tamil superstar Kamal Haasan's daughter Shruti Haasan, who will soon be seen in "Luck", loves to don a chef's cap when she wants to unwind.

"When I want to relax, I just call my friends over at home and we enjoy digging into the food. Even if occasionally the food isn't that great, my friends are too sweet to say anything," said the actress.