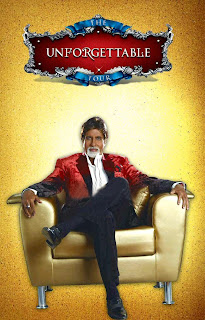 Prakash Mehra used to call me 'Lalla': Big B

Mumbai, May 18 (IANS) Filmmaker Prakash Mehra's death filled megastar Amitabh Bachchan with memories of the man who lovingly called him 'Lalla' and gave him his first hit "Zanjeer".

The actor says that Mehra was a "true mark of excellence".

"An entire era of cinema and my association with him passed away with him," Amitabh posted on his blog www.bigb.bigadda.com Monday.

Earlier, Amitabh went to visit Mehra at the Kokilaben Dhirubhai Ambani Hospital, where the latter was admitted due to prolonged illness. The prolific filmmaker passed away at the hospital Sunday. He was 69.

"He was repairing well in hospital and was to be removed from the ICU to a general room. A sudden infection resulted in multiple organ failure and he breathed his last," Amitabh wrote.

Amitabh recalled the "long, fruitful and incredible period of his remarkable films" that the filmmaker did with him.

"His first meeting with me at RajKamal studio where he had come to cast me in 'Zanjeer' in 1971 right through to the mid 80's, year after year of unbelievable successes - 'Zanjeer', 'Hera Pheri', 'Khoon Paseena', 'Laawaris', 'Muqaddar Ka Sikander', 'Sharabi', 'Namak Halal'. What a huge bank of amazing films, right down to his last with me, 'Jaadugar'. The only one that did not work.

"I still remember his phone call to me in Bangalore after the release. ?Lalla', as he endearingly called me ?gadbad ho gayee hai!' (things have gone wrong) he said. (He was) honest and straight. He had always maintained that the day I cannot make a successful film with you I shall stop working with you. He never did anything after 'Jaadugar'," he added.

Amitabh acknowledges the fact that Mehra offered him some of the most challenging roles he has done in his career.

"A writer, a lyricist, a musician, he added all these qualities to his creativity behind the camera and gave me some of my most challenging roles. A simple man who had the capacity to narrate great stories through the medium of cinema in the most simple manner. His films have lived longer than him. (He was) a true mark of excellence," said Amitabh.