I left politics as I was inadequate for the job BigB 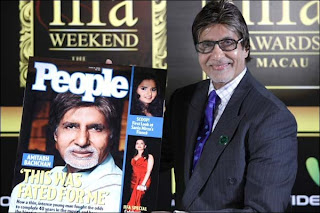 I left politics as I was 'inadequate' for the job: Amitabh (Lead)

New Delhi, Aug 31 (IANS) Bollywood icon Amitabh Bachchan, who was a Lok Sabha MP in 1984-87, says he quit politics because he felt he was "inadequate for the job".

"Many ask me why I joined politics and why I left it. I joined it because I was asked to and left because I was inadequate for the job," Bachchan posted on his blog www.bigb.bigadda.com

The veteran actor came into politics at the behest of friend and then prime minister Rajiv Gandhi. He contested the Lok Sabha election from his hometown Allahabad in 1984. He won by a huge majority.

He says it is a tough job to be a politician and admires those who have managed to stay put in it.

"Politics is a complicated world - a world where if you are unable to play the game, you would remain a novice and a stranger eternally. I admire those who have remained in it for long years. (I) admire the guile with which they steer their boats every day, every minute. The ease with which they make associations and break them, reject foes and months later embrace them as dearest friends. It is a tough job.

Bachchan is currently in Singapore with his politician friend Amar Singh. The Samajwadi Party leader underwent a kidney transplant there.