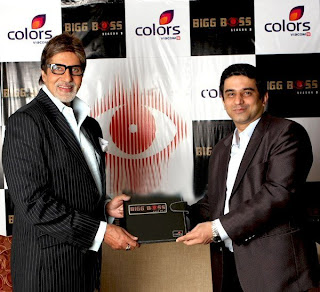 Big B to host 'Bigg Boss'

" 'Bigg Boss' is set to get bigger. And Amitabh Bachchan is going to take over as host from Shilpa Shetty, who hosted it last season," the source told IANS.

The Indian version of the popular British reality show "Big Brother", "Bigg Boss" will have celebrity contestants locked into a house under the surveillance of multiple cameras for a period of three months without any contact with the outside world.

Periodic eliminations will take place based on voting by housemates and the audiences.

The show is expected to go on air around December.

Big B, who had a super hit stint as the host of "Kaun Banega Crorepati" for two seasons, will be seen on the show on the days of the elimination.

The inaugural "Bigg Boss" show in 2006 had Arshad Warsi as the host.