Smothered with affection from all the extended family BogB 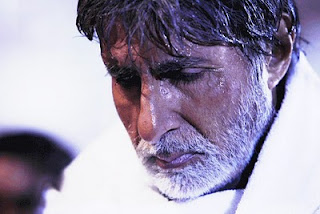 Smothered with affection from all the extended family on my efforts at my profession through yesterdays photographs, I gave the entire basket another look and wondered how graceful you all become when matters concerning the blog, the pictures, the individual behind it, come up ahead. It is and has always been embarrassing, but it still haunts me with equal intensity. And many that have studied my behavior through the several years, insist and are completely convinced, that this is a smart and very measured put on by me, to garner greater affection and admiration.
Really now ! Garnering admiration and affection are subjective terms. I would garner affection and admiration with the end result of my film. With its success, with the completeness of its efforts. With a portrayal that seemed to have been given reward, and attention from others. I admire those that follow others, for the mere sake of following, not of wanting to endeavor, but to be able to pass comment, for they are the truest form of what I would never wish anyone let alone me, to be.
What a huge amount of energy is wasted in deviously designing something from nothing, in order that some ‘copy’ could be made of it, to perhaps enhance the remuneration of the informer. And no care or thought ever to be given to the consequences of what that may do to the victims. It is a sad state and one that needs to be addressed. I am not keen to do it here or do it now , but it is something that shall soon be taken up, simply because of the faith, that many among us have begun to express on the inconsequential effect of this completely useless and uninteresting procedure.
Being under the constant and immediate attention of the people that are making the making of a film, one would be hard pressed to find the truth. In isolation perhaps, true. But in the presence and company of others, difficult.
We are too conscious of what the other will feel and say, when in fact the other is not affected or even knowledged of the situation. It is the coldness with which we, from our early years of blank and blind innocence,  send the right signals and soon enough all else threatens to fall in place. But how many have the patience and strength of conviction of generally doing the work of his/her Master, proven correct or even accepted ? None ! None whatsoever !!
Ahhh ! I think too deeply on matters that should not really be given the importance of mention, let alone discussion.
The scene today at the location for ‘Aarakshan’ was intense , long and exhausting. It contained the inputs of a battery of characters, all on high voltage, not in speech and volume, but in internal thought and process. And whenever we get into that mode, there is a fair amount of exhaustion. Woozy in the head with all those powerful lights and hundreds of humans involved in the scene, it takes a awhile to function normally. But from what I observe and what others do too, all seems to be going well now.
I was endeavoring today to try something novel. To be in writing mode on the laptop and induced with sleep, nod off over the computer, but awaken within short intervals, to write just everything that was transpiring in the mind as a result of the situation I find myself in. Or perhaps just anything. Anything that was entering the mind, in thought or dream ! It would not make sense, but it would perhaps give an inkling of what was transpiring inside ourselves. Its almost like that famous movie out of Hollywood called perhaps ‘Straight Line’, which recollected the lives of a few medical professionals, young and in internship, who have the expertise to medically induce death to an individual and then revive him again and then to record what the person had to state on the experience while he was in fact dead. Quite a fascinating film it was.
I was wondering if that could be replicated in a sense, but with different ingredients ! Nothing quite a strong as manufactured medical induced death and then revival, but, instead of death, sleep.
My Father wrote a piece, of a short blank verse poem, on Death and Sleep -
It is titled ‘Rehearsal’ and goes as follows -
Sona,
Marne ka rehearsal hai
Jo insaan har din karta hai,
Par maut ke stage par aate
Darta hai ~
Sleep is the rehearsal of death, that mankind indulges in every day. Yet fears to come on the stage of death.
We practice and rehearse death in a sense, everyday when we go off to sleep. Yet are scared to appear on the stage of death.
Worth thinking !! Would it not be wonderful to rehearse this everyday but have the strength to come on the stage and deliver when asked. So what I would write in sleep induced state would it not reflect a sample of my ‘rehearsals’. And would that not in a sense give us a window on what actually transpires when our souls leave us - a question that has been in the minds of the human race ever since its evolution. What really happens to us when we are gone. Where actually do we go ? Where are these gates of Heaven and Hell ? Is there truly this great big man with a white beard that welcomes us ?
Hmmm … ! Better to let this remain with the sleep induced rehearsals and not go further. Better to not appear on that ’stage’. Better … For none of us will ever get to know what it is. And none of us is ever going to come back and recount it for us !
Amitabh Bachchan
Source:  Big B Blog bigadda
Posted by Mahendra at 1:07 AM