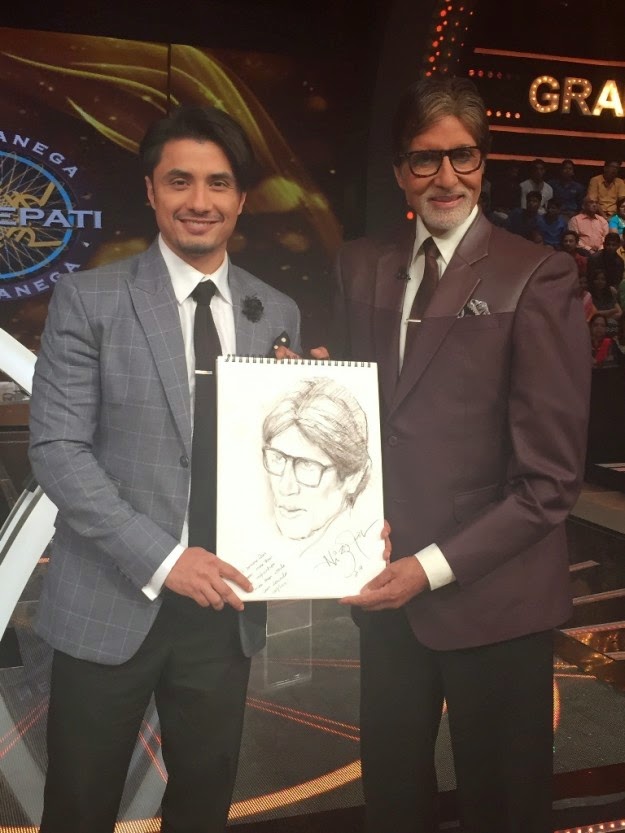 
Pakistan’s heartthrob Ali Zafar has got veteran Bollywood actor and host Amitabh Bachan singing his praises, thanks to his sketching skills. 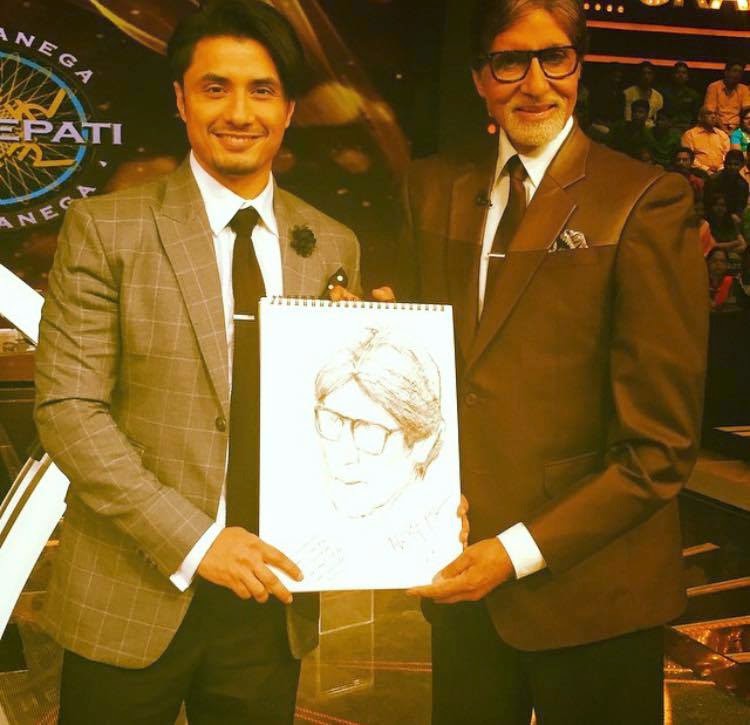 He presented the veteran actor with a sketch he made of him when he was aged just 13. Ali’s mother had kept it safe all these years. Upon receiving the sketch, Mr.Bachpan expressed his gratitude to Ali.

Bachchan then asked the multi-talented Ali to recreate a sketch of him, live on the show, and the result was a masterpiece nonetheless.

The crowd and Bachchan were amazed at his talent and the result was a big round of applause for Ali. 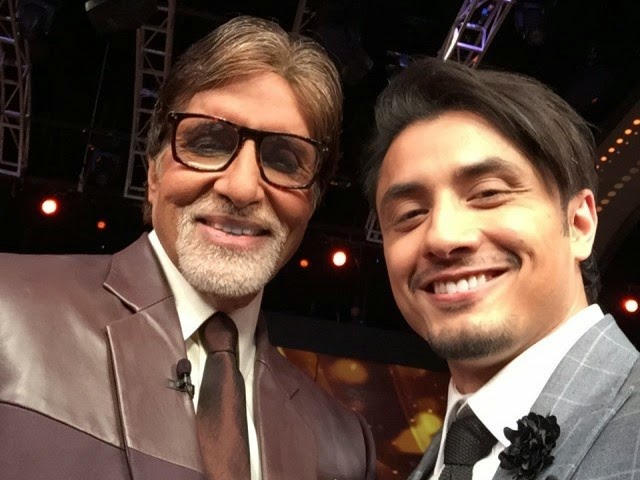 I have no words for the respect and warmth I received from the crowd and especially Mr.Bachchan,” said an emotional Ali. “I have grown up watching his films, singing songs of his films and used to sketch him when I was a child. I have been his fan all my life, but after seeing his energy and radiant personality, I have become his greatest fan. The way he hugged me thrice after hearing me sing and seeing the sketch was so heartwarming.”

With only five films across the border, Ali has not only managed to earn fans among the Indian audiences but also in the film fraternity.

A Yash Raj Films production, Kill Dil is directed by Shaad Ali and is slated to release on November 14.

news pakistantoday
Posted by Mahendra at 2:13 AM