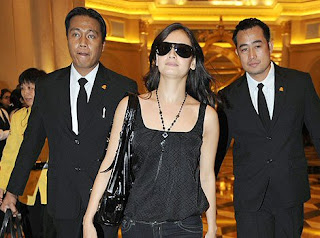 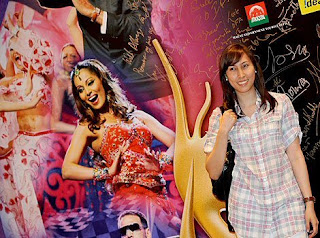 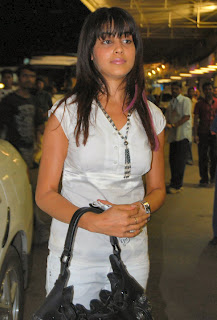 
Macau, June 12 (IANS) Whether it is 63-year-old Kabir Bedi or Riteish Deshmukh, who is almost half the latter's age, Bollywood's unmarried men were spotted with their girlfriends at the ongoing International Indian Film Academy (IIFA) weekend here.

While Kabir Bedi walked in on the first day's green carpet hand in hand with his much-younger girlfrend Parveen Dusanj, Riteish descended with his rumoured girlfriend Genelia D'Souza.

Even former Miss World Lara Dutta, who looked stunning in a black heavily sequined top with trousers, walked in with actor boyfriend Dino Morea and stole away the limelight with her poise and enigma.

IIFA, an annual event that promises to take Indian cinema beyond Indian shores, kickstarted here Thursday and will end Saturday with the award ceremony.

Sushmita Sen hopes for an award next year

Former beauty queen-turned-actress Sushmita Sen's dormant film career has left her with no option but to simply hope for an award every subsequent year.

"Unfortunately I am not getting any award this time. But I will be back with my other films next time. This time I will just give away the awards," Sushmita told reporters here.

Sushmita is here to promote her forthcoming comedy film "Do Knot Disturb", which also stars Govinda, Riteish and Lara.

"I am promoting my film heavily. That's what I am here for. We are also performing at the IIFA," she said.

"Is he really Indian? Maybe he is of mixed origin," a Macau-based male journalist who writes for an English daily asked IANS.

Another journalist Claudia, who writes for a Portuguese paper here, said: "He looks amazing. Actually quite a few of the Indian actresses like Sushmita Sen, Lara Dutta and Anushka Sharma also look good."