The two games of the World Cup kept company BigB 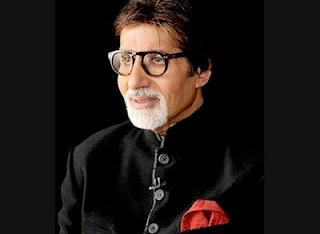 Bhopal , MP   Mar  6 , 2011  Sun  11 : 42 PM
The recovery on a good nights rest is to be slept to be believed … the red eyes cleared, the body got activated, the head cleared up and I missed my call sheet timing for the shoot … But all went well within time and space and schedule …
The two games of the World Cup kept company with enhanced heart beats - South Africa drifting along at an easy pace and imminent victory against England, suddenly choked and lost by a small margin of runs. Pity ! And Fatima from the land of Durban and a valiant follower of her team has ended up banging her head in frustration. Not because her team lost, but because her team lived up to the witty tag line that the country now seems to adopt -
“What is team South Africa’s favorite eat ?” … errr its CHOC A LOT !!
But … you know .. a few hours later India almost fell in the same category when they managed a victory, over the ferociously dogged and just out after a most brilliant victory over England, Ireland. Ahh ! the vagaries of this game !
Its official now. The title of the next AB Corp production will be spelt “BBUDDAH”, with the tag line … ‘hoga terra baap !’. Just making sure it does not mingle with Gautam Buddha, the saint. And its first day starts tomorrow in Mumbai and I shall be joining it as soon as I finish from here on ‘Aarakshan’. Will have more details on it once I join them … but a few thoughts in prayer and wish for the film would be most appreciated.
I had mentioned the presence of my Father’s book, his fourth volume of his biography, ‘Dashdwar se Sopaan tak’. Dashdwar coming from the 10 openings of his study when we lived in a hired house in Allahabad, 17, Clive Road. ‘Dash’ as in 10, ‘dwar’ as in doors. I had said that dashdwar had some mythological or moral or religious connotations too. I have it now. It refers to the vedas description on the importance of ‘dash dwars’. Ten openings.
They are referencing the ten openings in our bodies ! Many are able to count nine, but there is significance given to the tenth being the opening of the point where the umbilical chord is cut ! And so ten openings and dash dwar. The importance of the figure nine in our lives is also derived from the nine actual openings in our body system, if we do not bring into consideration the ‘naabhi’ or the lump in our stomachs where the umbilical cord is cut. Its a central and most important part of our body system. My father used to say if I were to be free from dry, chapped or winter ridden skin on the face, apply some ‘kadu teel’, or ’sarson ka teel’ … ’sarson’ in English ?? Dunno ! Apply it before going to bed at night on the umbilicus ! And let me tell you it works !
And Shweta pings me a lovely quote today - ” It doesn’t matter who my father was, it matters who I remember he was “.
She was keen to know how the recital had gone and wanted to know all the details. After filling her with all the information she sent me this. I thought it to be brilliant, apt and so meaningful.
I shall always remember who my father was ..
Amitabh Bachchan
Source:  Big B Blog bigadda
Posted by Mahendra at 12:15 AM