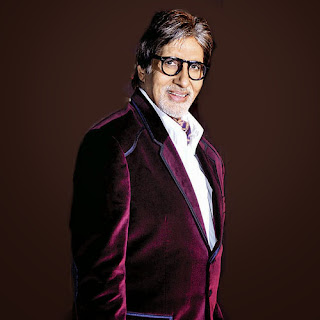 Apoorva Lakhia initially planned to cast the original 'angry young man' Amitabh Bachchan in the remake of Big B's Zanjeer. But Senior Bachchan was unwilling to make an appearance in the remake. However, now Lakhia has found an ingenious way to incorporate him into the neo-Zanjeer.
The film will feature a song entitled Mumbai Ka Hero which would be interspersed with Big B's most celebrated dialogues from the original. Last week, Lakhia went to the Bachchans' home Jalsa to seek permission to use Big B's voice and dialogue from the original Zanjeer. Says an insider, "He didn't really need to take Amitji's permission to use the dialogues from the original but he shares a very long and warm relationship with the entire Bachchan family. He had to play the song for Amitji and show him how his voice and dialogues were interwoven into the track."
According to a source close to Lakhia, when Bachchan heard the song, he froze at the line Achche Acche Ki Gand Phat-ti hai. "Are you going to use that line in the song?" he asked Lakhia calmly. Lakhia assured him that the 'G' word for the posterior would be beeped out in the song. "Then it's fine," he said. When asked about the song in the film which would now feature his voice, the Big B said, "My voice is part of the dialogue from the original Zanjeer. I don't possess the rights over my dialogues. As a gesture of courtesy Apoorva Lakhia asked me and I approved."
--
Mahendra Gorele
Posted by Mahendra at 8:41 AM