Big B is brand ambassador for Colors in US Britain 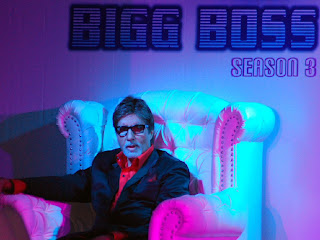 Big B is brand ambassador for Colors in US, Britain

Mumbai, Jan 14 (IANS) Bollywood megastar Amitabh Bachchan has been roped in to endorse TV channel Colors in Britain and the US after a successful stint as the host of reality show "Bigg Boss 3" on the channel.


The sexagenarian says he is "honoured" by the association.

"My association with Colors began with 'Bigg Boss 3'. Now, by taking on the responsibility of being its brand ambassador, I feel extremely honoured in being able to partner a media channel that has been a conduit of social change while churning out excellent quality entertainment," Amitabh said in a press release Thursday.

"I am sure Colors, with its myriad hues of entertainment, will spread its magic in the US and UK as it did in India," he said.

While the channel will be called Aapka Colors in the US, it will be known by its original name in Britain. The launch is expected to take place at the end of January.

According to Rajesh Kamat, chief executive officer, Colors, the channel will be able to scale new heights with Amitabh as its brand ambassador as he is a global icon.

Kamat said: "Mr. Bachchan is one of the biggest global icons from India. His effortless charm and ability to connect with a wide range of people across demographics as 'Pop Philosopher' in 'Bigg Boss' has been a testimony for all to witness."

"This rare coupling of charisma and inherent talent is what makes Mr. Bachchan the right choice for endorsing the channel. We are honoured to have him on board and are confident that, with his association, we will meet similar success outside India," he added.

Posted by Mahendra at 7:46 AM No comments: