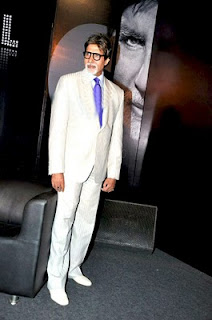 Bhopal , MP    Mar  13,  2011          Sun  11 : 29 PM
It is a moment that most of us who live in isolated comfort, that remain aloof from the reality of the common man, that consider it below dignity to get our hands wet or feet dirty, that never ask or indulge in how and in what condition the common man lives and survives, that has the benefit of giving command and never receiving it, shall never be able to appreciate or understand, that when we do give them the liberty of freedom, of self expression, of being equal, of sharing the same table and the same food, of walking with them shoulder to shoulder, of holding their hands, not necessarily in their hour of need, will you witness a release of expression that you may never ever have experienced before.
I have done so on many occasions ! On festivals in the house, on Holi and Diwali. Of greeting them with the traditional embrace three times once on each shoulder, of applying the ’tilak’ of ‘gulal’ at the morning burst of color during holi before the celebrations start, of sitting with them on the floor, to be together for the Diwali puja and then to give them the privilege of lighting the first ‘diya’ in the house before the whole house lights up. To ask them to join with their families at the time when the firecrackers are lit and give their children the immense pleasure of playing with the ‘aatishbaazi’. At the marriages of my children to seat them down on the same table as the wedding guests and to serve them their meal, much against their embarrassed objections. My Father would greet the ‘harijan’ employee in the house first at holi, put the ‘gulal’ on his forehead, embrace him and then perform the other formalities. At Abhishek’s wedding, much against the consternation that was created, on our guest list, we called our limited friends, but more than that I took greater joy and pleasure in calling the entire families of my staff - the drivers, cleaners, valets, domestic daily staff, employees in office, painters, carpenters, people employed to do all those menial jobs along with their wives and children and sought their blessings instead.
These few, these dedicated few, never ever get an opportunity to be in that moment, to savor the benefits that we derive which they work to create for us, to share the joy of what they see and watch each day being shared by us, but never being able to be a part of.
And when we do give them that moment, their reticence and embarrassment, their shy nature almost telling us through their expressions that this is not for them, they are not worthy of such treatment, it is not in their fate, do we see them explode with emotional gratitude and that free spirit of happiness.
I have just got back from the get together that I organized for the entire unit of the film, every single person that worked on the production irrespective of what their job was. I have looked after their comfort personally, their food, their drinks and their music through a hired DJ, photographed myself with each one of them and then … seen them explode on the dance floor, moving with an abandon that I never witnessed in the entire two months that I lived with them in the toil of the sun and bright lights, in the manufactured rain, in the setting up of camera equipment, in the handling of the crowds, in feeding us during breaks, fetching us our seating our drinks our little little daily requirements without a grimace, facing the wrath of the assistants and the director when work on set was not moving according to design …
And tonight on the dance floor as they all threw themselves around in rhythmic bliss, I discovered that the light man, the trolley operator, that driver, the spot boy … did actually possess a smile ! That he could laugh, that he could move his limbs not to the dictat of his job, but voluntarily to the music from large earsplitting speakers and sing along with a host of his favorite songs which the DJ dexterously spun out on his deck.
For me … this was the moment of the film ! Not the intricate intensity of the writer, not the demanding handling by the director, not the assumed brilliance of the artists that performed, nor the delicate lighting and operations of the camera … nothing … just this moment, when director and actor, camera and director of photography all joined in and became one with those that had put in their unstinted labor of love and dedication.
All in their respective vocations and fields were brilliant - the director, the writer, the DOP, the artists all … but … the brilliance of that uninhibited smile on the face of the worker, was the ultimate expression of freedom of opportunity …
May we ever, endeavor to empower ourselves with the ability, to provide opportunity to those that are lesser privileged …
Amitabh Bachchan
Source:  Big B Blog bigadda
Posted by Mahendra at 5:33 AM No comments:

That strain again was it not Shakespeare

Bhopal , MP     Mar  12,  2011        Sat  8 : 36 PM
” That strain again …. ” was it not Shakespeare ! I think yes .. What a delight when that strain of music you suddenly hear, and stop everything to listen to it again, then again … and again ….
Heard something that had remained in my iTunes account while tinkering around with the computer and then it just stuck. And you put it on repeat and it plays … and the visuals keep coming fast and furiously … imagining a moment in film … that look … that smile of acceptance … a vivid memory … flashing back to the past … perhaps an association, a connect .. and your spirits rise, you feel a part of that situation that keeps building up gradually within you. Creativity bursting from the sides, the rush of blood on your face, excitement, joy, accomplishment, victory, acknowledgment, applause … and you have transported yourself into that imaginary realm … !!
Then as suddenly as you had noticed the refrain, the doorbell rings … reality ! Back to the moment in time and date and vocation … dinner sir … tomorrows schedule .. scenes to be read … we need to start early, there are location changes … a deep breath, and down to earth from that temporary sojourn in the clouds …
There have been so many such moments in lives of people and in the lives of artists, particularly in the art of making films. An idea comes, as come it must, in the middle of the most undesired moment. Thoughts and flights of fancy overtake you. The filming starts, the performances get executed and we are on screen even before ‘jack robin’ can be uttered .. Pity, though. It never really happens as rapidly as imagined. I wish we all had that magic wand where thought could be translated into finite at the snap of a finger … would be such a wonderful world … or maybe not .. depending on what you may have desired or not .. ha ha !!
As artists we sometimes think up in our minds how particular scene needs to be executed. It remains all worked out and locked. There is a feeling that the issue has already been dealt with, but in fact when the camera rolls, as roll it must, perhaps several days or months later, what had been internally processed never ideally comes to pass. And that is where we all fail. At least I certainly do. I cannot say about the others …
Process of my work !! ha ha .. intriguing at times is it not. Would be an interesting topic to discuss and narrate what goes through the mind when the camera rolls. May be someday we shall ..
The drums of wedding and celebration wind up outside the window … and its another such evening .. or is it the Saturday that brings it all on ..
And its rather strange that your thoughts for this platform seem to rise and fall with the rhythm of the music outside .. right now its predominantly ‘bhangra’, so the flow of thoughts and words is … well short staccato and exuberant .. or is it just my Sikh genes !!
Sikh genes, brings me to the topic often raised by some on why I say so much about my Father and nothing about my Mother. I tweeted back on that - what can I say but this - my Mother built a home and an environment for my Father to prosper and for me to be able to talk about it !! There can be no bigger contribution for a Mother than this. She always felt strongly that the creative to flourish in a home that housed talent, it was mandatory for the lady of the house to insure that a peaceful cohesive and conducive atmosphere prevailed within the four walls of the home. Artists of all hues will perhaps endorse this. To sensitive minds the environment and its functions play hugely on their thinking and then subsequently on the output. My Father went through a most dark period in his life with poverty and death stalking at every bend. It reflected in his works. His books were titled of that period in consonance with the state of his mind - ‘Aakul Antar’, disturbed insides ; ‘Ekaant Sangeet’, the music of solitude .. but on meeting my Mother and after marrying her, the tone of hope, joy and happiness reflected in his poems ..
Perhaps tomorrow shall be the winding up of the schedule for ‘Aarakshan’ .. perhaps .. and as has customarily been my practice I shall be hosting a get together for all those that worked along with us - from spot boys, drivers, light men right to the stars. It is these unnamed and forgotten heroes of a film that deserve the biggest compliments and attention and it is wonderful to invite them into the same environment as the others and give them the acknowledgement of their worthy contribution in the making of film. They are the true spirit in every production. They work tirelessly, beyond the call of duty, beyond schedule and time and never ever clamor for attention or complain. They are truly quite phenomenal and deserve all attention and commendation !
Time for contemplation and thought and … yes the pillow !
Love to all ..
Amitabh Bachchan
Posted by Mahendra at 5:31 AM No comments: