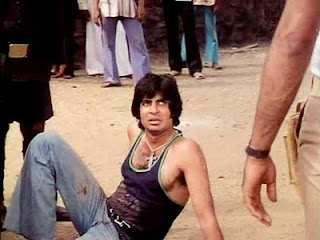 Mumbai, July 7 (IANS) "Sure, confident, lock kiya jaaye?" These words in Amitabh Bachchan resounding voice will be heard on TV once again with the megastar all set to return with the fourth season of the popular game show "Kaun Banega Crorepati" (KBC).


"I am glad to be back with 'Kaun Banega Crorepati'. It is always a great pleasure to be associated with BIG Synergy," Amitabh said at a press conference for the show's official announcement Wednesday.

The show will air on Sony TV before the year ends.

Based on the British show "Who Wants To Be A Millionaire?", KBC created history when it was first launched on Star Plus in 2000 with Amitabh as the host. He returned with the second season in 2005, after which superstar Shah Rukh Khan took over the baton in 2007.

Now, Big B, as he is popularly known, is back to charm the audience.

"The language and the typical words that I used in the second season will be the same. There will be no changes in that regard," Amitabh said.

Channel officials, however, said there would be "many changes" in the format and process of the show, details of which would be divulged at a press conference later.

Said Ajit Thakur, business head of Sony TV: "The audition process will be more elaborate and this time the first 10 contestants will be chosen through an on-ground event where Amitabh-ji will engage in a video conference and ask questions."

The channel is confident that the audience will come back to see the show because they have "retained the three pillars of the show".

"The three pillars of 'KBC' are intact. The money - Rs.1 crore - is still a life changing amount for many common people, the knowledge on the show is still useful and of course, Amitabh Bachchan and his presence will always draw audiences. That's why people will still see 'KBC'," said Thakur.

The phone lines for the new season will open in August.

Posted by Mahendra at 8:34 AM No comments:

Amitabh Bachchan to play himself in new film

Amitabh Bachchan to play himself in new film

Ranjib Mazumder / DNA Wednesday, July 7, 2010 11:01 IST
Mumbai: Amitabh Bachchan, who has mesmerised audiences nationwide, will be playing himself in a new movie. The actor will be playing Amitabh Bachchan himself in Karan Razdan's Bhatti on Chutti.
The film stars Anupam Kher who is an obsessed fan of Bachchan.
In the first draft of the film, only the bungalow of Big B was supposed to be shown in the film. But as the film progressed, the makers became ambitious and wanted to get  Bachchan on-board.
So director Karan Razdan and Anupam Kher got in touch with him. And he agreed.
Karan confirms, "Yes, Amitabh Bachchan is there in our film and he is playing himself. This film does celebrate his stardom and the iconic figure he has become. When we approached him for the film, we showed him the five minute cut of the film. And he was sweet enough to act in the film."
However, while shooting for the film, Karan came to know that Big B was impressed with the film. "When we came on the sets to shoot, he took me aside and told me that he was very impressed with the film. Andwhen an actor of his stature tells you something like that, it definitely boosts your morale. I guess he knew that our film's concept is something very new and that's the reason he agreed to endorse it," he says.
Apparently, Big B didn't take a single penny for making a special appearance in his film. "This is between us; Mr Bachchan and me. I don't think I should be talking about the remuneration part," he says.
Anupam Kher plays the titular character who goes on holiday at the Lake District in London and gets entangled in a sinister game.
The comedy of errors reveals other secrets as the story unfolds.
Since Anupam plays an obsessed fan of Big B, Bachchan inspires him to do some good deeds.
Posted by Mahendra at 8:32 AM No comments: