As one Vidhu Vinod Chopra film makes it way to the theatres, here's the teaser for another one that has just surfaced on social media. Directed by Bejoy Nambiar, 'Wazir' which was orginally titled 'Do', presents Amitabh Bachchan essaying the role of a wheelchair-ridden chess master while Farhan Akhtar is seen playing a tough cop. The one and half minute teaser begins with Bachchan's grave voice reciting the following lines:
"Khel Khel Mein, Khel Khel Ki, Khel Khel Ye, Aa Jayega,
Haar Jeet Se, Haar Jeet Ke, Jeet Haar Sikhayega,
Khel Khel Mein..."

Images of a chess peice, a knife, a special squad  are shown to us, depicting that its more than a game. Amitabh Bachchan is shown moving in his wheelchair in the backdrop of India Gate and with the music going into a crescendo, we see Farhan who is said to play the role of an ATS officer in the film, hit a punching bag.

The film that went on floor in September is produced by Vidhu Vinod Chopra, and also features Aditi Rao Hydari, as its leading lady.

While the teaser is not high on action, the game of chess and its repetitive images seems to be symbolically presented. The teaser does not end with a release date but leaves us with a lasting impression.

news by deccanchronicle
Posted by Mahendra at 10:05 PM No comments: 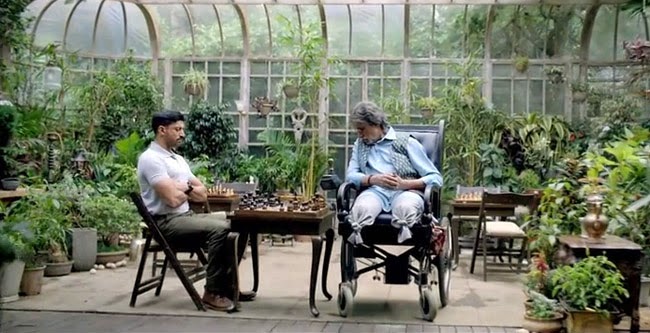 
Trailer of Farhan Akhtar and Amitabh Bachchan starrer Wazir is out now and guess what? It looks smashing.


Bachchan plays a paralysed chess grandmaster in the movie and Farhan plays an ATS officer in the film.

The film, which also stars Aditi Rao Hyadri in a prominent role, is being directed by Bejoy Nambiar, and is written and produced by Vidhu Vinod Chopra.

Farhan Akhtar shared the 1:19 mins teaser with fans on twitter.

news by indiatoday
Posted by Mahendra at 9:38 PM No comments: 
The dastardly attack on Army Public School in Peshawar has left many Bollywood greats in a state of shock. In his blog, Bollywood icon Amitabh Bachchan said that instead of sympathising, the world should pray for the survivors and victims.

“Life goes on as does the wheel of fortune... moving endlessly on its axis of all what life and the heavens purported to bless us with... but when you look back, it is time for you to look forward... the horror does not need any accreditation... it does not need attention or sympathy... right now it needs only prayer and thoughts with those little ones.”

Feeling the pain and agony, the 72-year-old wrote: "Going about our daily work is ridden with the thoughts of those that perished... those that shall never see their homes again… those who went to educate themselves, to learn, to understand, to live... and they all ended up a heap of... it is difficult even to talk about it…"

He further wrote: "It is difficult to even begin to describe what our feelings should be, for all that we can possibly perceive is that a prayer and comfort is all that we should be giving to those that survived.”

News by dawn
Posted by Mahendra at 2:45 AM No comments: 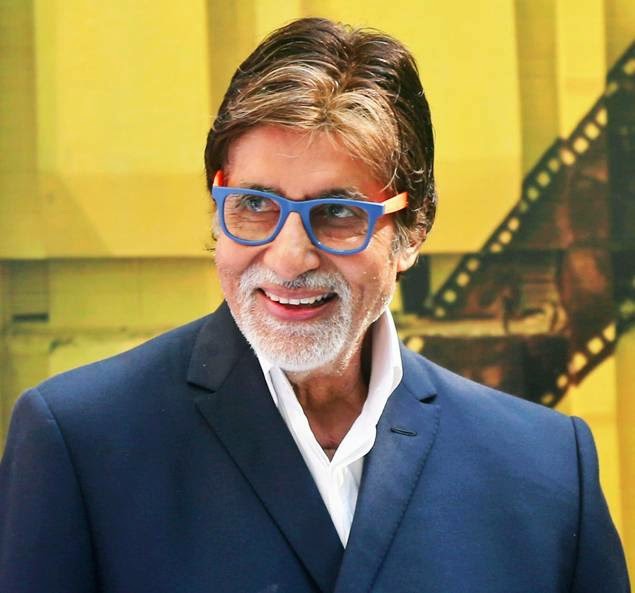 Amitabh Bachchan the king of Twitter in India: Report


KOLKATA: Leaving behind all other actors in the film industry, Amitabh Bachchan has been ranked number one on Twitter in terms of both popularity and activity.

In an analytics report of the most popular Bollywood stars on the social networking site, Big B with 12 million followers on Twitter topped the popularity list.

Digital services provider 'To The New' rated various Bollywood celebrities on the basis of their popularity and their engagement with fans on Twitter. The ranking is based on an algorithm which combines the scores received for each measure ie total number of followers, absolute increase in followers and tweets per day.

Hrithik Roshan (7.7 million), Aamir Khan (10.1 million) and Salman Khan (9.5 million) have also made it to the list of top 10 most popular Bollywood actors.

With an average of 20 tweets, re-tweets and replies per day, Bachchan also came out as the most active one among all.

His son Abhishek came second with an average of ten tweets. Anupam Kher, SRK and Sonakshi are also among the most active ones.


news by timesofindia
Posted by Mahendra at 2:38 AM No comments: