Imagination and expectation ever in competition with each other BigB 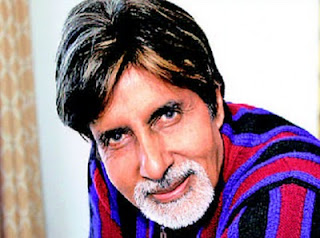 Imagination and expectation ever in competition with each other BigB
Jalsa , Mumbai    April  27 ,  2011         Wed  7 : 04
Imagination and expectation ever in competition with each other ! Others imagine more for us than we do. Others expect too, far more than what we would comfortably want. What is this with others ? Look within and you will find so much that you need to imagine about yourself, expect from yourself. Be concerned and worry on that. Or is it that when you do that with others you indeed accept your own deficiencies and shortcomings. I would imagine so and honestly expect that too. So my imagination and expectation are in place .. ha ha !!
What a wretched life they must lead that live off the lives of others. Searching, craving, manipulating, constructing,  engineering, exploiting .. and so many other unmentionable adjectives, just so one could discomfort the other, in order to bring comfort to themselves !!
Bharti Dubey who writes for the Times of India has published an article on the net titled ‘Bbuddah co producer apologizes to Raj Thakeray’
#News: ‘Bbuddah’ co-producer apologizes to Raj Thackeray http://j.mp/m34viD ..
Firstly Puri Jagganath is not the co producer of the film and neither has he written any letter to Mr Thakeray - a false reproduction of which has been put in the article under his name.
Ms Bharti Dubey, for long I have maintained and still do and shall always, that you have a personal agenda against my family and me. I have told that to you on your face, despite your denial. Time and again you continue to prove me right. I am delighted each time you do that, for, it only strengthens my assessment of you as a journalist ! The matter that you have so assiduously tried to cover, just so your weekly quota of sensationalism is complied with, is such a desperate and despicable attempt to paint an incident in a manner which would show me and my film in bad light. You are an interesting journalist Ms Bharti. Its just that you aren’t as interesting as the things you cover !
I came across a telling quote by Bill Moyers - ” There are honest journalists like there are honest politicians. When bought, they stay bought.”
You hide behind the protection of a mammoth publishing and media conglomerate, Ms Bharti. You derive the power and strength from the freedom of expression that your designated column appoints you with. But your exclusivity has been dented by the phenomena of social networking. You will have, as a result of your employment, and employment only, the liberty to leave an impression of your opinion to lakhs. I believe your circulation is around 20. Could be more. But do not forget that this blog of mine has hits also up to 3 million dedicated readers, that over 700,000 follow me on Twitter and there are as on date 2,500,000  that subscribe to my Vog, Bachchan Bol. I need to tell you that your opinion shall always be circumspect, in the presence of the alternatives that the net has provided me with. Your employed power is no longer singular. Every time you shall paint a wrong, I shall paint a right. Right in your face !!
So that done, I can now converse with my EF and bring some sanity to my life ! There are facts to this story which are unknown to all. My sense of ethics does not permit me to divulge them, but may I just say that the exact opposite has transpired ! More than this I am loathe to confess.
Song picturisation is fearful and so exacting, especially so when the song has been sung by the person who is enacting it. At times during the shoot you wonder in disgust why in hells name did I sing it so - having the most terrible time trying to lip sync it .. Hmmmm !!
And so another day of singing and dancing and hoping that it all comes out well … such apprehension and fear of the results … ahh … painful ! But I can at least live in the luxury of the thought that my extended family shall accept me in my modest endeavor, irrespective of all my shortcomings as an actor. Thank you !!
Love to all …
Amitabh Bachchan
Posted by Mahendra at 7:18 AM No comments: 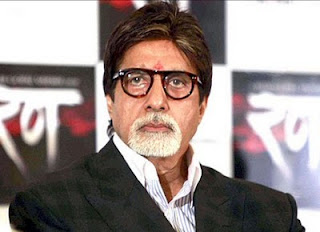 Bbuddah' co-producer apologizes to Raj Thackeray over foreign artistes
MUMBAI: The co-producer of 'Bbuddah' Puri Jagannadh on Wednesday sent an apology letter to Maharashtra Navnirman Sena (MNS) chief Raj Thackeray accepting that some foreign dancers were without work permit and the visas of two junior artistes had expired.


"We want to apologize for the neglect and assure you that this shall not happen in the future and will perform all activities as per the law without hurting anyone's sentiments," Puri said in the letter addressed to Raj Thackeray.
However, MNS film wing chief Amey Khopkar said if Amitabh Bachchan wants to continue shooting at United Mills he will have to hire people with proper legal documents or else we will stop his shooting again.
On Tuesday, members of the Raj Thackeray-led MNS stalled the shooting of Amitabh Bachchan's film Bbuddah that was going on at United Mills in Mumbai alleging foreigners with no work permit being part of a song sequence.
"We found out that most of the foreigners shooting on the film set were without work permits. We filed a complaint with Shivaji Park police station and requested them to raid the set. All the papers of the 17 foreigners on the set have been confiscated and taken by the police which are being verified,"
Posted by Mahendra at 7:16 AM No comments: