The cast and crew are in the capital on a 10-day schedule and plan to shoot at India Gate and Jama Masjid as well. The film also stars Aditi Rao Hydari and is being produced by Vidhu Vinod Chopra, who has also written the script.
news by http://timesofindia.indiatimes.com
Posted by Mahendra at 5:12 AM No comments: 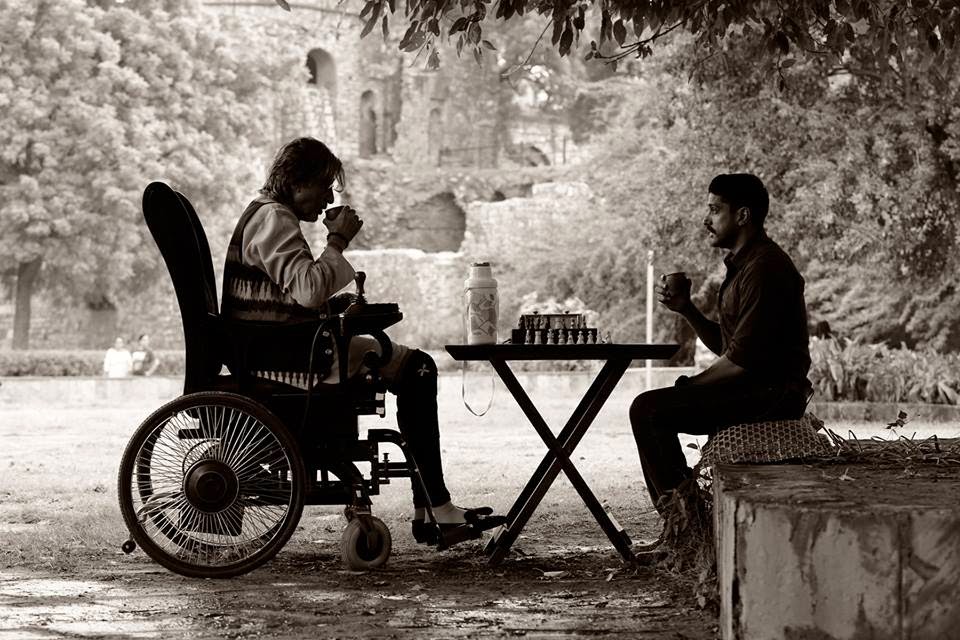 On behalf of the Indian film fraternity, Bollywood megastar Amitabh Bachchan Tuesday appealed to all citizens to contribute to the cause of rehabilitating the flood-ravaged Kashmir.

Big B is the front-runner of the campaign "Hum Hain...Umeed-e-Kashmir", an initiative of the entertainment industry, led by the Event and Entertainment Management Association (EEMA), the Film and Television Producers Guild and Zee Entertainment Enterprises Ltd (ZEE).

"When we see (the kind of things that have happened in) Kashmir, Assam, Meghalaya or the Andhra Pradesh cyclone... when we see these things, I feel that as an Indian, whatever I am able to do for my nation, I must do," the 72-year-old said here at a press conference.

Calling himself a "small member" of the Indian film fraternity, the globally popular icon said that whenever the country has witnessed a disaster, "the nation's film industry has, without hesitation, tried to help people, and share their sorrows".

"During 45 years of my career, I have seen many such times when some disaster has hit the country, and the film industry has stood united for the cause and contributed towards it. I dedicate myself for this cause. I will do as much as I can do for Kashmir," he said.

He added that he feels "immense sorrow" to see the post disaster photographs of the scenic land, which was once Bollywood's favourite destination to shoot.

Film producer Mukesh Bhatt, president of Film and Television Producers Guild, too was present at the occasion, which was also graced by Union Minister of State for Sports and Youth Affairs Sarbananda Sonowal.

Bhatt said it's like "payback time" for the film industry.

"We feel emotionally committed to that land, and we must come together to help in its hour of darkness," Bhatt said of Jammu and Kashmir, which was left devastated after floods hit the region in September.

Hence, as part of the "Hum Hain...Umeed-e-Kashmir" campaign, a slew of celebrities from the film and music world will come together to perform for a charity concert, to be held at the Indira Gandhi Indoor Stadium here Saturday. They will also appeal their fans and the public to donate generously for the cause.

Sonowal said that on his part, he has waived off the stadium rental for the event, which he will attend only after buying the tickets.

All money generated through sale of tickets, donations and sponsorships, will be given to select charities for relief work.

news by HT
Posted by Mahendra at 4:44 AM No comments: 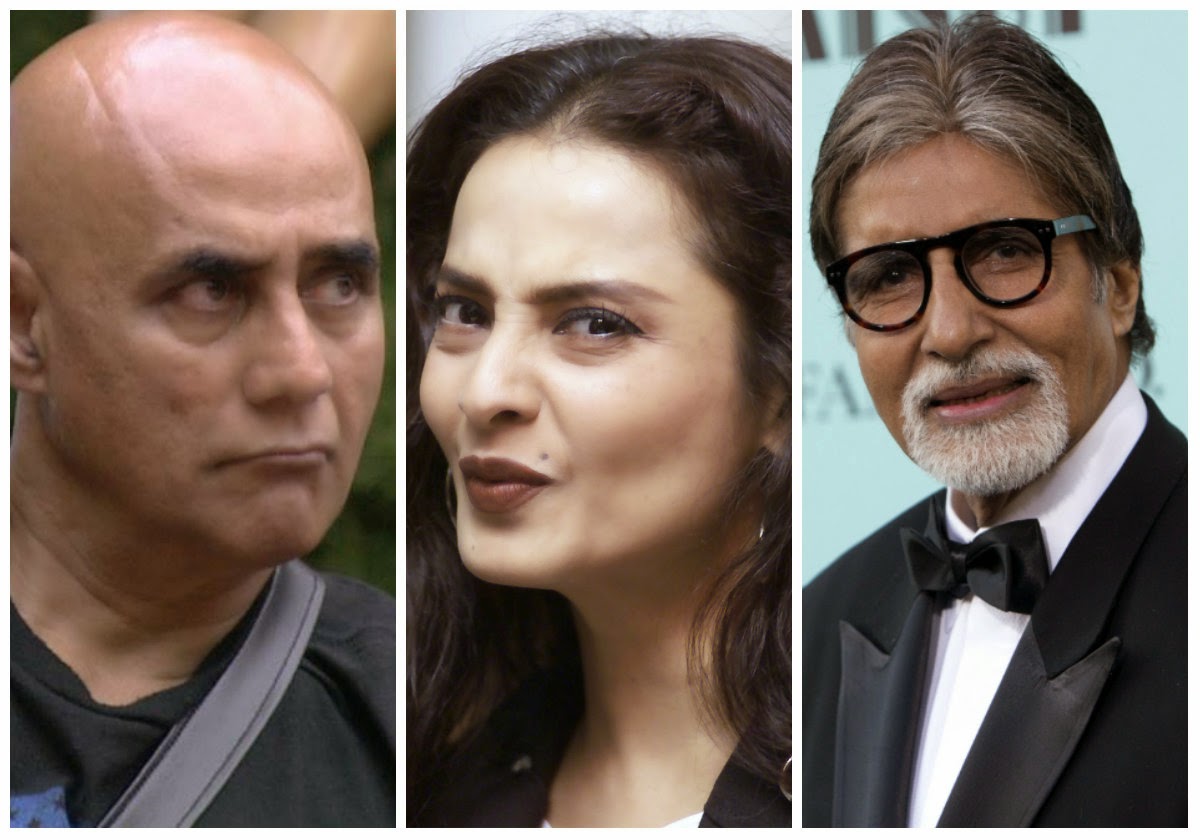 After enjoying her time on the sets with the superstar, she visited the "Bigg Boss 8" house to award Sushant Divgikar a beautiful saree for his marvelous dance performance.

While at the house, Rekha shared warm hugs with everyone, except Puneet Issar. The veteran actor wished him well from afar and left. And it is now understood that the reason for the royal snub Rekha gave Issar might have something to do with the injury Amitabh Bachchan suffered while shooting "Coolie" back in 1982.

"It is said that prior to the accident Amitabh and Rekha were an item and post the injury due to all the time Sr Bachchan spent at the hospital with family including Jaya Bachchan changed his equation with Rekha. After his recovery from the accident, Big B started maintaining his distance from the Super Nani actress," Bollywood Life reported.

Issar, who was struggling at the time, got an opportunity to prove his worth as a villain in the Manmohan Desai directorial. For an action scene, he had to punch Big B, and during the actual take, the punch landed on Bachchan's abdomen, injuring him severely.

"I (mock) punched him and threw him on the table as I was supposed to do. But Amitji took a leap, somersaulted and fell off the table. If you remember, that's where the shot has been stopped even in the actual film. Amitji said 'Mujhe lag gayi hai [I am hurt]'. At first, there was guilt. This was my first film after all. After the accident, Mr Bachchan told me 'Relax, these things happen while shooting. It was just a mock fight'," Rediff had quoted Issar in an old interview.

While Bachchan was reportedly quick in forgiving the debutant (Issar), it looks like Rekha - for whom the entire equation with the megastar fell apart after the accident - has not forgotten about it yet.
Posted by Mahendra at 4:43 AM No comments: