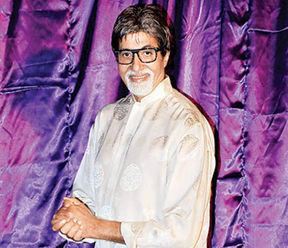 Amitabh Bachchan's birthday plans revealed!
Actor Amitabh Bachchan, who turns 69 today, will be spending a quiet birthday at his home, with his family. He's not in favour of a birthday bash for himself.
"There is no news of any birthday party. He'll be spending the day at home with his family. He is busy shooting the reality show," said his official spokesperson.
While several of his close friends and colleagues wish him on his birthday every year, a huge crowd also gather to get a glimpse of their hero.
"He might make an appearance for his fans. He has done so in the past," says a source.
Posted by Mahendra at 4:13 AM