Posted by Mahendra at 4:32 AM No comments: 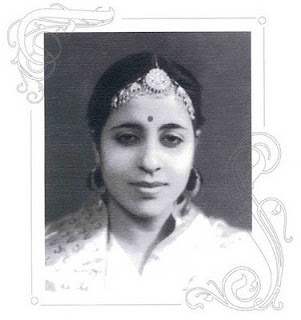 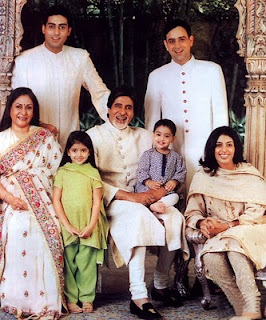 21 st December, today, I lost my Mother after a long battle with medicines and hospitals and doctors. A strong lady, full of the enthusiasm of life, never a defeatist, bright and confident in every circumstance, encouraging even in the most trying conditions, a tigress when protecting her family and understanding beyond all else.
I stood in front of her portrait as I do every morning seeking her blessings and recited a few strains of the Hanuman Chalisa, a favorite with her. A few well wishers and family called and smsed their thoughts. I expressed my gratitude. And another day in the life of mine moved along. That is the way it shall be. Nothing special done, nothing special spoken, nothing special reacted to. In the end it is just us and our thoughts. Committed and without any compromise.
There was lunar eclipse today at 1:47 PM IST. It came after 372 years ! The last being on 21 st December 1638, when the sun the moon and the earth were in the same line. A unique phenomena ! Some say it brings good tidings, some the other. For me it seemed an indication of what had gone by. It was around this time 3 years ago that Mother passed away and our lives were eclipsed forever !
I have not much to say this evening, except what I have already said. It does not seem fair to me to involve others into a personal feeling, even though you are all my extended family. I share with you your generous thoughts for today and thank you for them. And I do know that this is not any vacant expression. It is genuine and meaningful.
Love
Amitabh Bachchan
Posted by Mahendra at 12:42 AM No comments:

Sachin and his 50 test hundreds 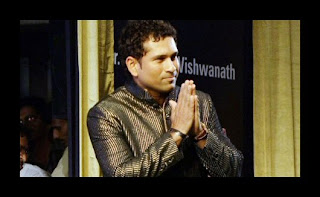 Sachin and his 50 test hundreds
Jalsa , Mumbai       Dec  20 , 2010      Mon  11 : 40 PM
The entire day has been spent in trying to attend to millions of sms on the mobile asking me to join in at a discussion cum debate on the television, for the reaction to Sachin and his 50 test hundreds ! And I have deliberately and I feel judiciously remained away from it and not responded.
There are as always, many reasons for this. Firstly, I am amused by the thought that every time there is a topic that comes up in which the media shows interest, they seek reactions from us common folk. And I have often wondered, why would they believe that we in the film industry would ever be in possession of such wisdom, which would give inputs of any value. We are the ‘film industry’ as we all know ! We are ‘filmy’ - an almost derogatory terminology used by the media often - and therefore less possessed of any semblance of what is right, what is fashionable, what is politically correct, what ails society, what compromises our morals, and a host of other similar issues that plague our systems. So why come to us ?
And secondly, why must there be a debate or even a discussion on whether Sachin is greater than Don Bradman or not ? Sachin is greater, period ! By bringing the topic up for debate you are somewhere unsure whether he really is deserving of being great or not ! And this is objectionable to me. How much more does one have to do to prove one’s credentials. And who are the media to concur who is great or not ? We know he is. Matter over. Do not, I plead bring down the stature of this great son of the land by continuously comparing him to others. Let others compare themselves to him. Why do we always play it the other way around ? Why are we so complexed ! Why do we always want to describe our achievement or subject with a comparison from the West. Alright, the West is far developed than us, is richer materially, advanced and secure. So how does this give us the need to comment that they are superior. Or that the best comes from there and not here.
Yes, thousands of years of slavery under foreign invaders and rulers, has made us submissive and servile. But being servile does in no manner display the fact that there are some regions where we have excelled too. And in such a short time span. Ridding ourselves of dependence and coming out in this hugely competitive world through great individual enterprise, indigenous and unique.
Under these circumstances, under a suppressed environment, under the constant shadow of being made to feel inferior, when we do excel, do not compare us with others. It diminishes our own most deserving value and strength and status.
I do not for a moment wish to demean the accomplishments of others. They are hugely impressive and of immense value. They are great, but we are greater ! At least in this most pertinent yardstick set by our own Sachin Tendulkar. And I have this to add. Had this achievement come from one in the United Kingdom or the US of A, you would have seen how fantastically proud and poised they would have been towards their hero. Their love appreciation and acknowledgement towards their fellow countryman would never have permitted the mention even of anyone from another state or region. This I shall hand to them. When it comes to propagating their own cause they are far far superior than us.
We are, I believe in a state of deep complex. We think so little of ourselves that we allow and permit other lesser achievers to make us look small and worthless. We are not ! Its just that we have no concept of how we need to market ourselves. How to take pride in ourselves and in what we achieve.
‘When will you be working in a Hollywood film, Mr Bachchan ?’ , is often asked of us. ‘We want to see you win an Oscar’ .. or ‘when will this film go to the Oscars ?’ See we have already accepted defeat. We have concluded beyond any argument that the Oscars and Hollywood are superior than us. That that is a title that marks the highest honor. I have no qualms in accepting that Hollywood is far advanced, but that does not still make it the final destination. Why should it. Take pride in our own system. Why … oh  this is the Tom Cruise of the Hindi Film Industry, or so and so is the Brad Pitt of … when we go to introduce a subject or issue or character. Why can it not be that Tom Cruise is the ShahRukh Khan, or Brad is the Salman of … !!!
When we shall take pride in our own heroes without any comparison to others, we will find others complimenting our sentiments, looking up to us, and putting us on that pedestal where we belong.
I visit the UK often and I observe that every time there is a British defeat or an unsuccessful venture, they will always put up for public broadcast a previous achievement of the country, almost immediately. It shows the character of a nation. On our ‘Face the Nations’ and ‘We the people’ all we do is take immense pleasure in tearing down and making our own system look false and down.
Unless we learn to acknowledge our own achievements how on earth can we expect others to.
So stop this debate on whether Sachin is superior or not ! He is ! And the entire world needs to honor it !
Love good night and may you have a pleasant sleep !!
Amitabh Bachchan
Posted by Mahendra at 12:37 AM No comments: 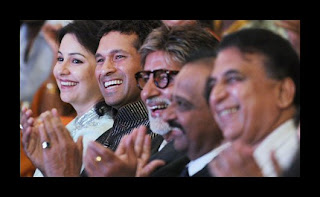 Sachin Tendulkar scores his 50 th test century Big B
Jalsa , Mumbai       Dec 19 , 2010        Sun  11 : 54 PM
Sachin Tendulkar scores his 50 th test century and this is an unbelievable landmark in the history of the game ! There is no doubt that this record will perhaps remain for eternity. No other cricketer is any where near this phenomenal achievement, and shall perhaps never be. The media the lovers of the game, friends well wishers and his own countrymen have run out of adjectives to describe this feat. This is shear genius and nothing less !
Well done Sachin ! You are the pride of the nation and shall ever be so. Salutations !
I sent him an sms a soon as I heard the news and I await his response. He has always very graciously acknowledged my messages and I shall wait for this to be reciprocated as well.
The Mumbai Police Force every year celebrates an evening for the families of their officers and constables. This year it was tonight. It is called UMANG and the entire film industry gathers together along with the important force and political members in a large facility to entertain these brave and committed soldiers of Mumbai.
I have lived 41 years of my life in this sacred soil of Maharashtra and Mumbai. This soil gave me all that I have today - name, fame, family, children, everything. But if I have lived peacefully, with dignity respect and in secure circumstances, it is undoubtedly because of the efficiency of this celebrated force, that has never shied away from protecting me and my dependents and indeed all of the city. Today we exist because we were so well protected, that we could pursue our existence in peace. Our deepest regard and respect for the forces then and may this celebration continue year after year, acknowledging the unselfish contribution of the men in khaki.
It has been another day spent in front of the television watching films hitherto unseen, but of great value and quality. And I am so excited to be in the company of those that follow similar trait - that of an uninhibited desire to just be doing nothing. Imbibing the good from the present and leaving the bad out is also an achievement of sorts and when you watch or are in the company of superior quality, there is an instant call to be able to take in and learn from them. They remain etched in our sub-conscious and when the time arises, emerge as an independent creative thought. Exciting moments these !!
The Sunday crowds came in large numbers to day. They had to be met on two different occasions, which I did, wondering desperately why they would want to still keep coming. I have actually stopped entertaining such thoughts and have dutifully gone ahead with the pushing and shoving, that but happens on just a sunday, to meet the fans. But I do feel a sense of emotion when I address such matters and feel that I should be a little more careful. Perhaps follow by example. Maybe not talk about this at all and attend wholeheartedly to some semblance of respectability by getting back to the great master !! A master that has deep understanding of situations. Particularly these.
I have the pictures for the day, but am getting restless to sleep in for longer hours, in order that tomorrow may be a better day …
Love to all ….
Amitabh Bachchan
Posted by Mahendra at 12:34 AM No comments: