Amitabh Bachchan in pain due to hernia may go for surgery 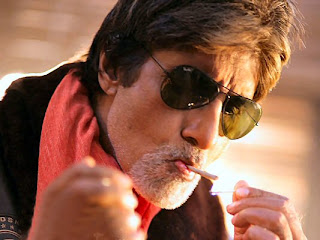 Amitabh in pain due to hernia, may go for surgery

New Delhi, May 3 (IANS) Bollywood megastar Amitabh Bachchan is suffering from multiple hernia in his lower abdomen that have swollen up and cause him sharp pain whenever he exerts himself. Doctors have advised surgery, which he has been avoiding due to his busy schedule, the Big B has revealed.

Amitabh has already undergone three surgeries ever since he met with an accident on the sets of "Coolie" in 1982.

"... a stomach surgery, indeed two in quick succession always have the possibility of hernia developing. And that is what is of concern now. There are now two urgent hernia in the lower abdomen which have swelled up dangerously and cause me problems," Big B posted on his blog http://bigb.bigadda.com/ Sunday night.

"Sharp pains when I stand for too long or walk too much. During dance and action scenes there is huge pain and I counter that with a hernia belt which is temporary and not really a cure.

"So the doctors have been after me for a surgery, well two actually on either side of the abdomen and I have been avoiding it because of my busy schedule. But I shall have to take care of it now," he wrote.

Now there is a third hernia developing, he writes.

"And now after my third surgery of the stomach a few years back, when I was diagnosed for diverticulitus, there is another hernia that is developing. Of that later, say doctors. Because of the several times that the stomach has been opened up, there are lesions, and they at times stick and cause problems," posted the 67-year-old who is also "asthmatic".

Amitabh says he has been operated upon so many times that he has developed a slack shoulder muscle now -- the reason why his left shoulder droops, believed to be a style. He has revealed that due to this his "left arm has become longer than the right".