The Oscars were on last night in LA and its relay 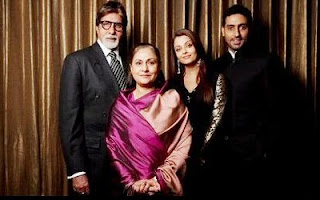 Bhopal , MP      Feb  28 , 2011    Mon  11 : 56 PM
The Oscars were on last night in LA and its relay direct was on by 6 am here in the morning. Assuming that they would be on at about 3 am, I kept awake till then and then got informed that its indeed being relayed a few hours later. Result. A limited number of hours of sleep and two red eyes, smarting !
I saw the Oscars because I wanted to see Abhishek and Aishwarya at the red carpet. They had been invited by the Academy as guests and it was wonderful to see them live at the occasion. And even more interesting was the winners of the night -’The Kings Speech’ as film, director and best actor in Colin Firth. I had liked the film when I had seen it some time ago on my visit to London. Colin Firth was amazing ! And since then it has been one thing or the other during the day. The shoot finished late and since tomorrow is another off day for me, I am taking the liberty of this delay in the post.
Satyam raised  a few points on his response yesterday on the ‘name changing’ procedures being adopted by various Governments in the country, after my information on the blog of the proposed Bhopal to Bhojpal effort. There have been diverse views on this. Some agreed with what he had to say, others did not. I found the topic interesting enough for an open debate and would love to read your opinions on the matter.
The point raised by Satyam is that he gets the feeling that the names are being changed to rid the country of British and Muslim presence in our history. He feels history should not be tampered with and feels that many established names and places should be status quo. Bombay should not be Mumbai, or Calcutta to be Kolkata, or Chennai be the name now for Madras and so on ..
I responded to him personally and expressed that perhaps the British not finding ease with the various pronunciations, chose phonetically, names to suit their tongue, rather than resort to authenticating name or place. We can have various points raised on this, but my premise is this. Did not the invaders also resort to this name change or imposition of name to establish their identity. If the insinuation today is that these are political decisions, surely the earlier examples also led themselves through the politics of invasion and subjugation of the land by an outsider. Now when we have our independence, is it really that objectionable to want to establish our independent identity, much like what all other invaders that ruled us through a thousand years, did. We will never know if there were Satyam like individuals in those times that expressed strongly on the desecration of existing titles, names, identities of locations and places. The strength and the power of the invading ruler perhaps never allowed such thought to even be entertained, let alone raise a strong voice of discontentment.
Why then did we never challenge Leningrad when it became its original St Petersburg, or all that the Far East went through - in Vietnam, Ho Chi Minh City and Saigon and Thailand and Siam and Burma and Myanmar and the Soviet Union to a host of different States - Russia and Ukraine and Georgia. What about Beijing and Peking. East Bengal then East Pakistan and now Bangladesh. And closer home why have we been bulldozed into Bollywood and its presence in the Oxford Dictionary, when really there is no logical reason to call it that obnoxious name.
The problem and issue is that developed societies and nations through the strengths of their economics, passed judgements and rules of the game. The oppressor dictated, the slave readily followed. It was their way of establishing the power of their rule and they must have gone through similar exercises in trying to erase the original to suit their presence. All invaders have done that through history.
We have a Chatrapati Sivaji airport, an Indira Gandhi International Airport, a Raja Bhoj Airport in Bhopal and a JFK in New York. We have Sanjay Gandhi National Park and Rajiv Gandhi Sea Link. Why did the anti communist revolution in the erstwhile Soviet Union, pull down Lenin’s statues. Was not that part of their history. In the uprising in Iraq they destroyed Saddam’s images all over. Was he not a part of their history ? In Delhi we have a Birla Temple !! I have heard of temples being known after the presence of a particular God - the Hanuman Mandir, the Kali Temple, Vaishno Devi, Tirupati, St Peter’s Church … but a Birla Mandir because Mr Birla constructed it seems unusual. But that is not the point. The point is of naming. You name because you possess - politically, militarily, socially, morally …. and when the possession fails to exist, the people in charge, or call them those that rule, wish to give it back its originality, or establish their own. Whether this involves politics, or as insinuated, religion, we do not know. And keeping recent events in mind, we have a Gaddafi Stadium in Pakistan. With his insecure future, and International indignation on his conduct, what would Pakistan do ? And that really is the debate. Fill me in … and let us see and read what many minds think …
In the mean time … good night !!
Amitabh Bachchan
Posted by Mahendra at 2:54 AM No comments:

In the house with Leela S. Along with dear Nandita,

In the house with Leela S.
Along with dear Nandita,

Bhopal, MP      Feb 27 ,  2011    Sun  11 : 24 PM
In the house with Leela S.
Along with dear Nandita,
They travel far and do confess
Korean chocolates are lot sweeter.
This is in keeping with Nandita’s request to indulge in matters immensely more rhythmic. She liked the verse and for some strange reason felt when she read them, it made her feel she was trotting away in the countryside on horseback ! I do hope her short ride today was worth it ! Ha ha !
But seriously though, such a joy and a pleasure to meet up with the two this evening, and to invite them to the shoot tomorrow and to receive all their generous gifts. Leela S who has travelled all the way from South Korea, leaving behind her English teaching classes and who speaks fluent Korean, despite the fact that she is a Trinidadian from Canada, with ancestors from India in Bareily, taught me the first two alphabets of the language - A and B with their particular pronunciation, simply because they were my initials … cute !
And the time spent with them, further strengthened our conversation on the blog yesterday, about this wondrous platform that has been patronized and kept alive with the help and interest of our EF. Thank you all. What a wonderful world we have created and how uniquely it has been functioning and growing ..
And pheeewwww ! What a game just got over in the World Cup - India vs England. A tie !! Had our hearts in our boots right till the last ball was bowled. We should have won, but then so could they have. Such was the flow of the game. Superb ! One of the best I ever saw live ! There have been some other fantastic games, but not ones that I saw live on TV.
There is move here in this city to christen it as Bhojpal, instead of its present Bhopal. Bhojpal was apparently its original name, a name it got from the great warrior King, Raja Bhoj. A thousand years have passed and the city celebrates his stature and contribution as not just a valiant ruler, but one that excelled in literature and the arts and culture too. An astute politician, an astrologer, a medical specialist and gifted with many other valuable traits, his larger than life statue gets unveiled tomorrow by the banks of the great lake. A memorable symbol that would be a most strong identity for the city.
While on culture and arts and literature, I was wanting to bring to the attention of all my EF, on a marvelous book written by Vipul Mittra, Secretary Tourism, Gujarat with whom I had the great pleasure of spending most of my time during the making of the Gujarat Tourism films, called ‘Pyramid of Virgin Dreams’ - a refreshing and humorous rendition on the life in bureaucracy in India. It has been released to rather lavish reviews and has moved up to to the number one best seller in its category in some of the book stores in Mumbai.
And with the reading request comes another evening of reading of my Father’s works here in Bhopal. The students at the College that we were shooting at were most cooperative and disciplined during our days spent with them and I thought as a gesture of my appreciation, I would give them an evening of ‘kavya paath’. Preparations are on and soon the production shall announce when and where it shall be held. I believe there is a short break for me by the 1st of next month and that would be ideal for me to get back into rehearsing myself for the occasion. Bhopal has always been a seat of great learning and now being looked upon as a valued education center. Its literary past and its cultural presence in the present has always been reviewed every other day in the media. It would be a delight to relive some of my Father’s works for them during my stay here. A tribute to my Father yes, but a tribute really to the knowledge city as it were.
I rest now, for the moment .. the Oscars in a few hours and I hope to catch it ..
Love to all … and much more …
Amitabh Bachchan
Posted by Mahendra at 2:51 AM No comments:

Amitabh Bachchan shares his experience while working with director Prakash Jha for the first time.

Amitabh Bachchan shares his experience while working with director Prakash Jha for the first time.

in Aarakshan
Posted by Mahendra at 12:04 AM No comments: