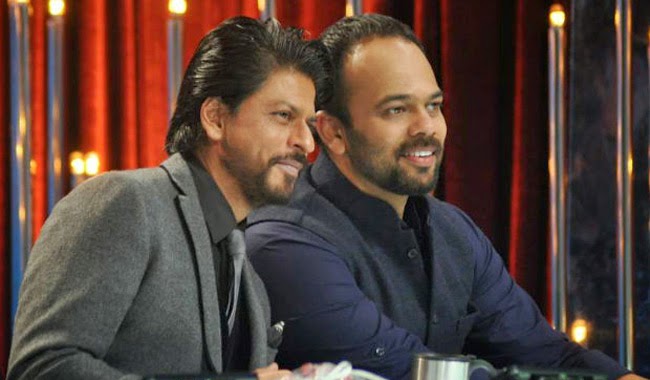 
New Delhi: The hit jodi of Bollywood filmmaker Rohit Shetty and actor Shah Rukh Khan, who broke all the box office records with their 2013 film `Chennai Express` are all set to create ripples once again. If reports are anything to go by, the director-actor duo has teamed up for another project.

According to a leading daily, the filmmaker will soon recreate Bollywood megastar Amitabh Bachchan`s blockbuster film `Hum`. And yes, he has decided to rope in none other than the king Khan to play Big B`s character in the remake.

Varun Dhawan will reportedly play the character that was essayed by Govinda in the original film while Sidharth Malhotra will step into superstar Rajinikanth`s shoes.

As of now there is no official confirmation about the film or its cast from either the makers or the actors.

Earlier, there were reports that the `Singham Returns` director has plans to rope in the most lovable duo of Bollywood- Shah Rukh and Kajol for his next untitled.

It would now be interesting to see what Rohit Shetty has in store for the audiences. Catch a breath meanwhile!
Zee Media Bureau/Parul Sabherwal
Posted by Mahendra at 3:21 AM