Now under my realisation that lack

Jalsa, Mumbai                     Dec 14/15,  2012                    Fri/Sat  2:01 AM
It is now under my realisation that lack of sleep can be responsible for many of the misdeeds that one may get acquainted with during the course of the day. The importance that we are driven into by our elders of it is now a reality. It never was earlier. It was one of the most dreaded moments in the day of our lives when free from schooling chores, the afternoons were thrust upon us as a time to rest and be in the company of slumber.
Sneaking out quietly as the elders slept was our main attraction for the day. Sneaking out and playing marbles with the lads around the house. Marbles was the it sport then. The jingle jangle of their plenty in our pockets a clear indicator of our social and public standing and recognition within the four walls of the school or classroom.
There were favorites too in color and form. The striker being the most cherished possession. That was the one, much like the striker on the carom board, that won you your medals - others marbles !!
These marbles won in battle were our prized possessions. We kept them secure in our pockets. Hid them from our parents when we reached home. Preventing any kind of jangle that would give them away, resulting in the whack of the ruler on our bare hands by infuriated Mom and Dad ! But we were attached to them. During the breaks we would rush to get the prime spots on the recreation grounds, devoid of grass or any growth, just mud plains where the hole could be made, to conduct a game - after striking another opposition marble, putting your own inside the hole was a win and an extra marble in your pocket - the hole being just large enough to accomodate one normal sized rounder of glass, or the ‘sodri’, our main attack vehicle, named so because it came out of a soda bottle. I wonder if any of you ever experienced the soda’s and cold drinks of the time. They used to be bottled and the mouth of the bottle shut with an opaque marble, when when pressed hard enough, opened up the soda with a fiz, and sank to the bottom of the bottle. Extracting it from there was an adventure, but on its successful procurement, became the ‘sodri’ of value. It was harder and heavier than the others and when struck hard against the more coloured ones, did have the capability to break them in to two pieces
Slinging the marble or the ‘sodri’ with the index finger, using the index finger of the other hand to push it to direction and strength, was the hall mark of a champion. And after the strike to be able to spin it into the hole, or ‘bill’, was what technique was all about …
Ahhh !! Those lovely days of school and the summer heat of the afternoon in Allahabad, playing marbles ! Now of course we have more sophisticated games on electronic and computerised programmes and screens, called play stations. They are good and do require great skill in its operation, but marbles or ‘goli’ was an excitement of its own … never to be replicated or removed !!!
And … ahem … marbles, have derived a different connotation altogether !!
And this evening as we sit by the television, glued to the horrific stories emanating on this unbelievable shooting episode, in the US, we wonder and bless those innocent days of ours in school, when such talk or happenings never ever crossed our minds.
What has humanity stooped to ? There is something seriously wrong with our systems, our values, teachings and the way in which we are being brought up. Yes brought up ! It is that early inculcation that remains and abides by us. Even if one among us goes insane the entire community needs to be made responsible, for we have not paid attention to some aspect of the lives of those that go mad. Reevaluation of our methods, greater attention to the concerns that such incidents throw up, mending and correcting them before they become unreachable, is what is needed ..
It is not enough to apprehend such individuals and give them the strickest of punishments, but indeed to search within ourselves to find what it was that gave rise to this human in the garb of a beast !!
Too disturbed to comment any further .. 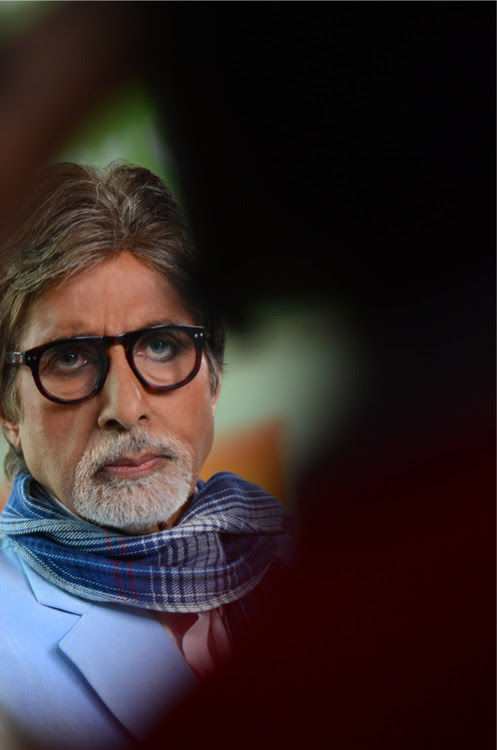 Love to all .. I see now that that was something missing from last night’s post … but ..
Amitabh Bachchan
Posted by Mahendra at 4:10 AM