I have left Krakow the original capital city of Poland BigB 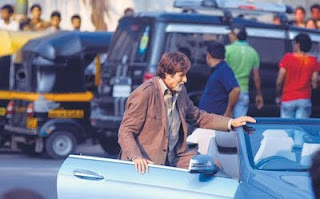 I have left Krakow the original capital city of Poland
Krakow, Poland     Apr 11 ,  2011    Mon  11 : 45 PM  local time
“Where do I begin” … really where do I begin ! Its has been a day that shall ever remain etched in memory, the little that I have left. Krakow, the original capital city of Poland, or often referred to as the Capital of Royals, or the royal capital has converted me into a fan of endless proportions.
The love the affection and the affable nature of the Polish has been absolutely beyond compare. Everywhere you turn an endearing smile greets you. The politeness with which you are addressed touches you to a point of embarrassment. The city itself, clean organized heritage maintained and preserved just like it was at the time of its construct is an amazing feature, in days otherwise overburdened by modern structure and ambiance.
It is cold and windy as my hosts walk me down the pavement lining the Vistula river meandering down the edges of the city, which like most other cities the world over has been built, by the banks. Most civilizations too have lived and grown and prospered in cities along the rivers of the world. Krakow is no less.
Within the awe inspiring walls of the Great Castle and below in its shadows, we are shown where the plaque shall eventually be placed. It is a winding pathway that runs along the river and as we strode along I noticed the decoration for Michael Jackson, there in its glory looking up at humanity that walked by, with a name and a hand print elegantly structured through an intricate process. Back in the room of the Hotel the dye was being cast. Chemicals were ready and mixed, instructions on how the hand should be placed administered and the two hands dipped into a cold sluggish like material - the paste that shall give impressions of the ‘life line’ and ‘heart line’ and the ‘health condition’.
As you hold steady the hands dipped slightly in the solution, the pink paste starts to turn white - indication that within seconds the hands need to be removed, as the job is over. The main square beckons us and what had been visited the previous night on Elizabethan like carriage, is now visible to us in greater detail as we walk, clothed to the hilt, around the square. The architecture is fascinating, for, it comes from the influence of several countries that made attempts to invade Poland and indeed Krakow. I have the pictures taken by my ever efficient daughter Shweta, who is quite an enthusiast when it comes to imagery.
The description of the visit in detail shall be incomplete and devoid of any soul, if I do not have the pictures to back up my writing, so we shall allow that to pass to another day.
So after a series of heavy media following, some of them from India too I was whisked away to the Palace of the Festival for one on ones and a quenching by hot lemon dipped water and biscuits of various sizes and shapes.
I think the people following around grew perhaps in a manner that seemed to threaten the activities scheduled, and so an escort police car took over and guided us to the various other locations.
The Mayor Palace was just around the corner and in this ornate and well maintained building, the Mayor welcomed me in his Polish translated address, at the end of which he presented to me the ” Key of the City “. This is a humbling moment and I thank the dignitary for considering me for this honor. He has, by honoring me, honored my country and my fraternity, of which I am a proud individual.
It has started to rain and an overcast sky greets us, as we step out onto the cobbled pavement to travel to that other wonder for the day - the Alvernia Studios, a half hour drive from the city center. This is a unique studio complex built by a man that stared off by running a small radio station and when its numbers went up, sold it and put his entire stake in this facility.
This Alverna is so futuristic, so complex, so advanced in thinking it has to be seen to be believed. Its ‘20,000 Leagues Under the Sea’ meets ‘Star Wars’. And that is, unfortunately, the best description that I can give at the moment.
Away from futuristic to natural reality was our next escape - the Salt Mines !
Now … it is not something that I would like to mention in passing. It would require more time and space to fully absorb first, the idea of the mine, and then be able to recreate it on paper. I shall therefore beg to be excused, with the promise that I shall deliver the ‘goods’ by the morrow !!
I sleep now a man possessed with the stunning visuals of the day, of an experience that has never been witnessed by me before and with that one singular promise that Krakow shall most certainly be visited again …
Sleep well my dears … I certainly shall …
Love
Amitabh Bachchan
Posted by Mahendra at 4:48 AM No comments: