And the day begins again after the night before .. a night filled with the essence 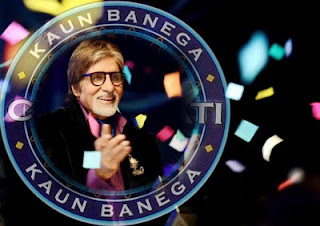 Jalsa , Mumbai  May 15, 2011       Sun  11 : 11 PM
And the day begins again after the night before .. a night filled with the essence, genius and remarkable wizardry of a poet and musician and philosopher and thinker - Gurudev Rabindranath Tagore ! It has been quite an experience to have been in such close connect with one who we heard and continue to revere. With one we knew of in his greatness, but never had opportunity to study and feel the depth and flow of his thought. What a large portion of my life has gone by and what a large portion of opportunity has flown by the river, without making any effort to read learn and assimilate the greats of the world. Truly disappointed and frustrated with myself in this lapse of effort and desire.
But as they say, there is never ever a time to regret a start ready to be made. So the endeavor shall begin and perhaps now the meaning and the depth that needed to be understood, shall be with us instead.
The earnestness with which we have now initiated the promotions for ‘Bbuddah’ shall hopefully bring in the desired attention and focus to a film made with passion and a lot of energy. There are links now available to access the promotions that are now available and I shall put them down here :
For the posters ..
Facebook page
www.facebook.com/Bbuddah
And for the teasers ..
p.p1 {margin: 0.0px 0.0px 0.0px 0.0px; font: 13.0px Consolas; color: #2d2cfa} span.s1 {text-decoration: underline}
http://www.youtube.com/Bbuddahthemovie
I do hope that you shall give me your feed back ..
Another Sunday has gone by, but one which was devoted to constructive work on the post work of ‘Bbuddah’ and for it to be completed by certain time lines because the date for its release has now been desperately cued in for July 1st ..

The promotion of KBC starts simultaneously ans some very interesting stills and acts for the Av have been designed, shot and getting ready for telecast. For example as in the above ..
The Sunday crowds were there again and this as I was on my way back from dubbing some key scenes of ‘Bbuddah’ for the promo and its quite a day in the life of the Mumbaikar, for, he likes the idea of getting by the sea with his family, to beat the heat of the entire day. On their way back they drop by at a certain house called Jalsa, that just happens to be en route !!!
got to rush
Amitabh Bachchan
Posted by Mahendra at 6:43 AM 1 comment:

The day started at 6 am and has just ended

Jalsa , Mumbai   May  14/15,  2011        Sat/Sun  1 : 12 AM
The day started at 6 am and has just ended. There were promos to be shot for Kaun Banega Crorepati, since it goes on air soon. Perhaps by August as against the earlier year when it was in October/November. Its also of a longer duration this time around. Promos are the order of the day today, whether in film or Tv or any other communication venture. Its the promo that makes the difference. Gone are the days when we had faith and confidence in the product for it to speak for itself. Nope. As the young would say often these days. If you do not talk or sell it no one is interested. Marketing has opened up corporate offices where young entrepreneurs battle with circumstances and build plans on how a product a personality should be presented to the mass. A most exciting profession, but one that has never found favor with me, primarily because my sense of all this exalted jargon is miserably poor.
But in our modern era of film making its the ingredient of the promotion that decides for the audience which and what film they wish to see. I really do not think it to be improper at all. With the kind of exposure that entertainment through the various channels of communication, has brought to our homes, it would be most difficult to resist not going to a film, or conversely, deciding somewhat firmly which they would not want to see.
So the entire day was enveloped in shooting for the promos for KBC. In all about 15 to 20 of them were shot, along with Avinash Gowarikar’s still shoot. So you did a shot for the video, stepped down to the still, rushed down to the changing room, improvised in the corner of the floor, changed clothing and reported back for the next film. And this went on with each dress change … and there were quite a few. And when it was finally over drove straight across to Vishal and Shekhar’s studio to record a song for ‘Bbuddah’ and then … to execute a commitment to Sujoy Ghosh of ‘Alladin’ fame, by singing a portion of a song for his film ‘Kahani’, starring Vidya Balan.
One has and had heard ‘Ekla Cholo re’ a million times. Read and reread its words that oozed wisdom, strength, poetry and courage all at once, too. But may I just say that singing Rabindra Sangeet for the first time was the greatest revelation. The beauty of the language, the lyricism of the tune and its ‘dhun’ are outstanding. This particular, world famous number “Ekla Cholo” , expounding to all that if no one came to you on your calling, walk alone !! And what a fabulous song has been incorporated by V@S. Truly awesome and worthy of all award.
Singing for the track today you discover how inadequate you are to handle something created by Gurudev Tagore. Not just in words but also in its tune. It is by far one of the most unique compositions in the world of music. And being associated with it in some capacity has been nothing short of an honor.
While in the middle of the shoot, got a surprise visit from Deepika Paducone, who was shooting next door on another floor and dropped by to wish. She is such a warm person, and she was looking a million bucks. After the shoot of ‘Aarakshan’ she had gone to Tirupati and had very sweetly brought some ‘prasad’ for me and the family.
At the studio a while later, it was Vidya Balan who turned up along with Sujoy, who I think was showing her some rushes of the film they are doing together. Two leading ladies in one day !! That is quite remarkable ! Just got lucky I think ….
Somehow there is a most fulfilling feel to the day. I do not know what exactly is the reason. But I shall not put it beyond the Tagore song and its beauty. Simply so uplifting and …. difficult to find words to describe it !!
Amitabh Bachchan
Posted by Mahendra at 5:58 AM 1 comment: