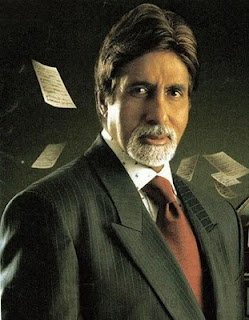 New Delhi, April 30 (IANS) Renzo Rosso, the founder of denim brand Diesel, visited Amitabh Bachchan's home and feasted on theplas, laddoos and khus sherbet, says the Bollywood star who reveals that the Italian designer loves the country so much that he has named his youngest daughter India.


"Renzo Rosso was on a visit to India and expressed a desire to meet me. And so I did. A charming simple Italian, bubbling with energy on India and his love for the country. Has six children and has named his last, a daughter, India. Cute," Amitabh posted on his blog.

Rosso not only paid a visit to the 67-year-old actor, but also indulged in Indian snacks.

"Fed him 'thepla' and some tasty other snacks from the region. He devoured the 'laddoos' more and the 'khus' he was offered as a cool drink in this immense summer. Enjoyed the hospitality, invited me to his home and farm in Italy north of Venice where he grew his own wine, and said he would present me with a watch which had been designed for Diesel.

"(Rosso) was curious about cinema in India and its working. Appreciated Indian creativity and talent. Said when a job was given to an Indian, they added greater creativity than stipulated," said the actor.

Amitabh also presented his Italian guest with many books about his family and himself.

"I gave him several books - 'To Be Or Not To Be Amitabh Bachchan', 'Bachchanalia', 'Madhushala'. Took several pictures with his arm around my shoulder," he wrote.

Posted by Mahendra at 4:37 AM No comments: