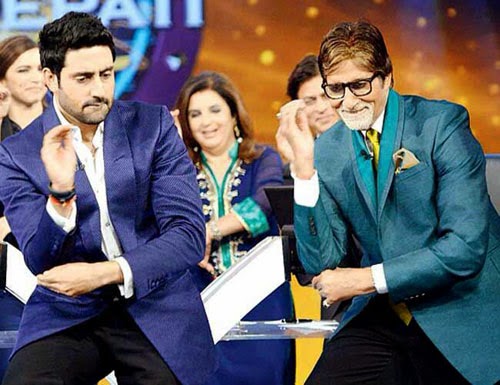 After 'Kajra Re', Abhishek & Amitabh Bachchan groove to 'snake' dance!

It has been a while since we saw megastar Amitabh Bachchan and his son Abhishek Bachchan groove to a peppy number! While the father-son duo did appear together last year for a special song in BOL BACHCHAN, they are best remembered for their item number ‘Kajra Re' with Aishwarya Rai Bachchan in BUNTY AUR BABLI back in 2005.

Well, now the fans of Junior and Senior Bachchan are in for a treat, as both actors would be seen shaking a leg together in during the HAPPY NEW YEAR promotion on the sets of ‘Kaun Banega Crorepati'. The episode will be aired on Tuesday.

Going with the image, it seems Abhishek is teaching Big B to do the famous snake dance that his character Nandu Bhide does in the Farah Khan film.

Now this definitely cannot be missed!

First look: Amitabh Bachchan the paralysed chess master in Do 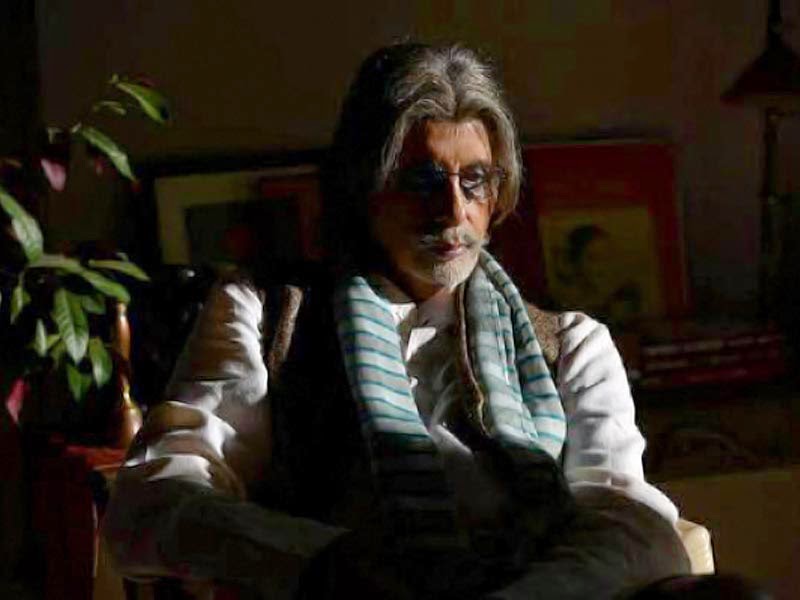 One of the stills shows Amitabh playing chess and having tea with Farhan, with the capital's iconic Old Delhi area in the background. 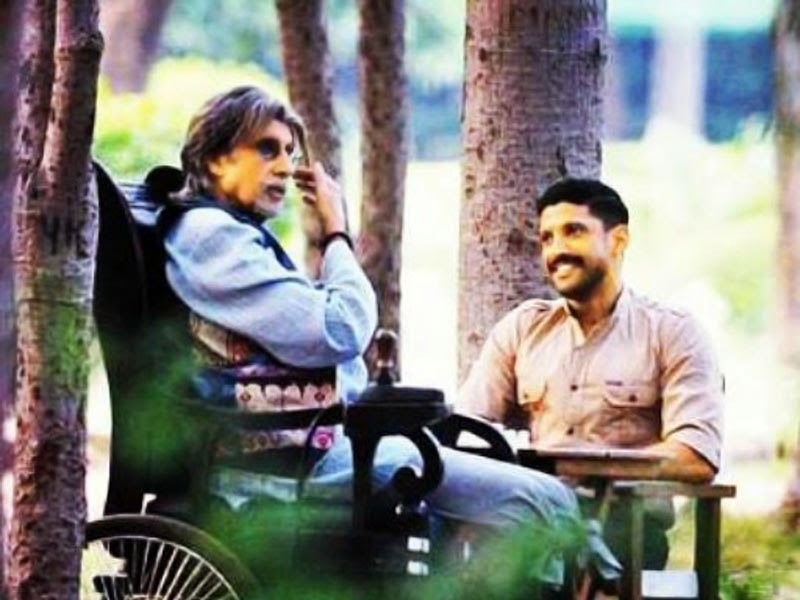 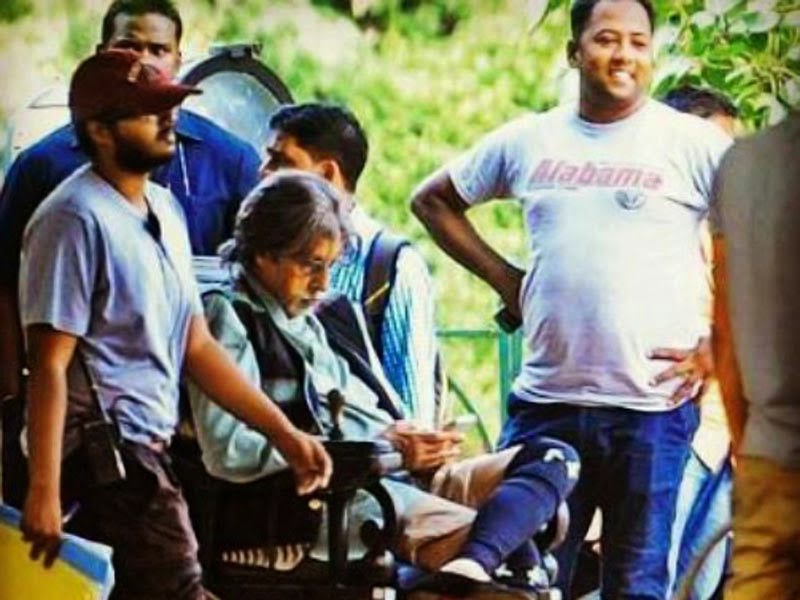 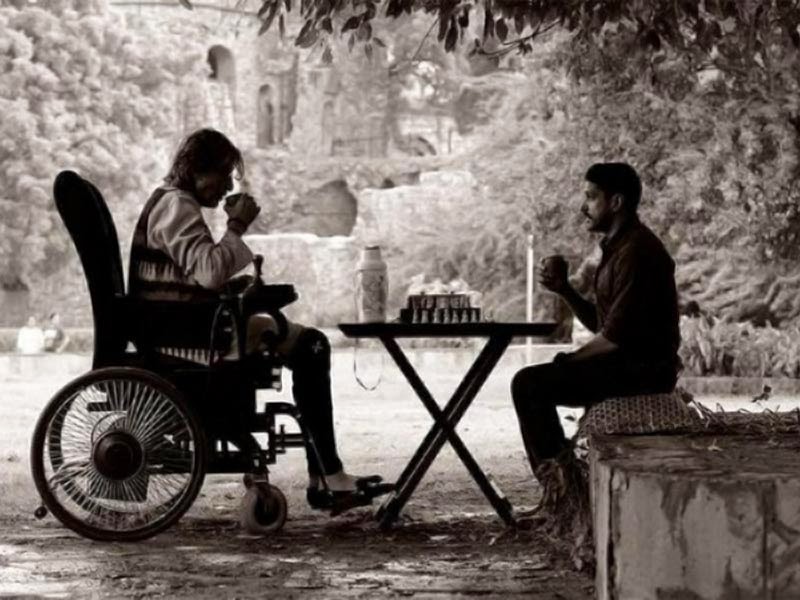 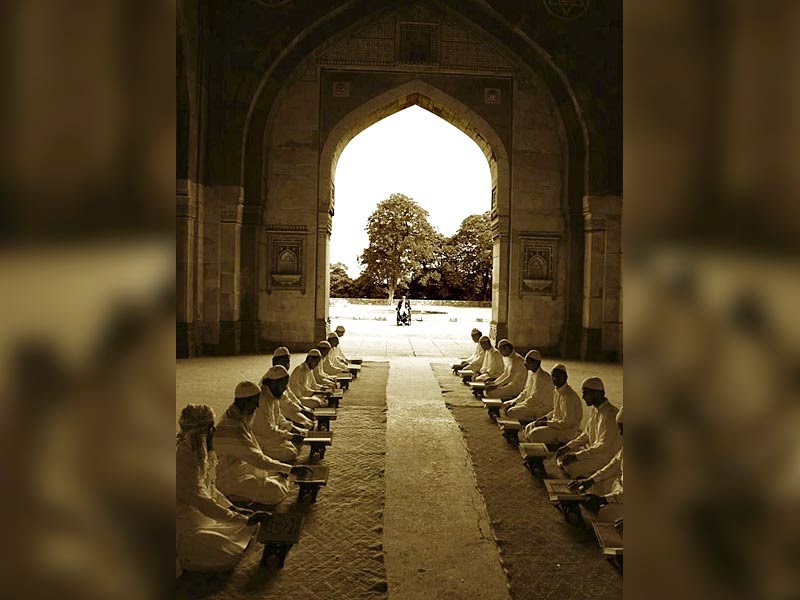 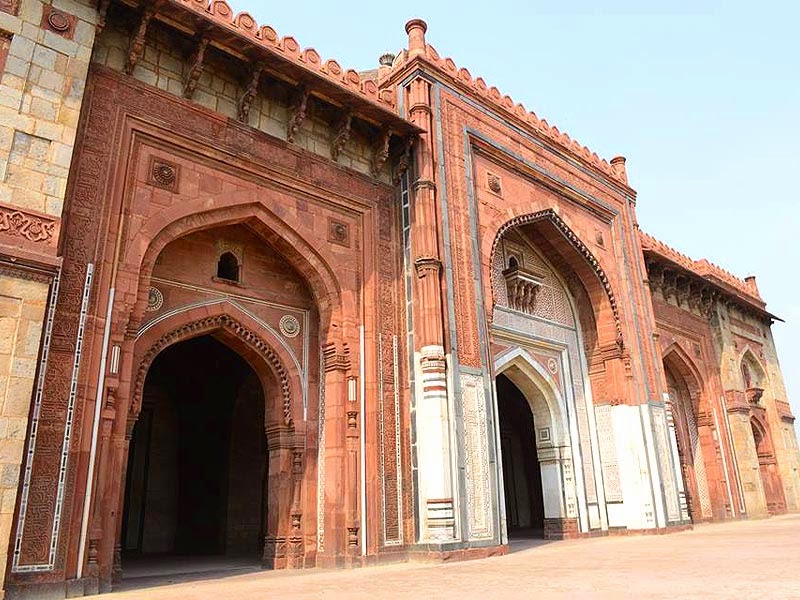 Actor Farhan tweeted about shooting in Delhi on Thursday, "Shooting nights on the streets of Delhi.. The beginnings of winter can be felt in the air #Do"

First look: Amitabh Bachchan the paralysed chess master in Do


The first look of Bejoy Nambiar's next Do has been leaked online.


The leaked pictures of Amitabh Bachchan and Farhan Akhtar are from the film's sets in Delhi.

Posted by Mahendra at 5:45 AM No comments:

If you’re one of those who’ve had one of your most-cherished vacations in the paradise on earth — Kashmir — then this is your best chance to do your bit for the flood-stricken region. Join hands with some of our biggest Bollywood stars including Amitabh Bachchan, Aamir Khan and Farhan Akhtar, who’ve come together to help the victims of the disaster through the Hum Hain… Ummeed-eKashmir concert in association with Hindustan Times.

The event will be held on Saturday at the Indira Gandhi Indoor stadium in Delhi, and simultaneously in six other cities including Mumbai, Hyderabad, Bangalore, Chennai, Jaipur and Kolkata. All you need to do is buy a ticket for this star-studded show that’ll witness 50 top-notch Bollywood stars on a single platform. The tickets, priced at Rs 1,000, Rs 1,500, Rs 2,500, Rs. 5,000 and Rs. 10,000, are available on www.bookmyshow.com, and also at select Costa Coffee, Best Rice and PVR Cinemas outlets. You can also call 9310288888 to book your seat. All proceeds from the ticket sales will go towards helping the victims of the Kashmir and Assam floods.

"We feel emotionally committed to that land, and we must come together to help it in its hour of darkness," said Mukesh Bhatt, also presemt at the event.

hindustantimes.
Posted by Mahendra at 5:28 AM No comments: