Abbas Mustan to direct Big B 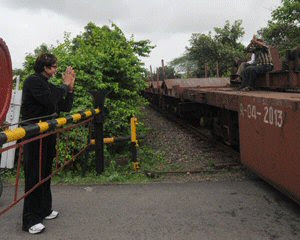 Abbas-Mustan to direct Big B?


Mumbai, Aug 20 (IANS) Director duo Abbas-Mustan may soon direct Amitabh Bachchan in a film for the first time and the project could be pushed ahead of Abhishek-starrer "The Italian Job".

The film with Big B would be a hard-hitting socially-relevant subject written by Nishikant Kamat who directed the intense anti-terror film "Yeh Hai Mumbai Meri Jaan".

When asked about the project, Abbas-Mustan feigned ignorance.

"We have not approached Amitji for any film," said Abbas initially. Then when told that Big B has confirmed his presence in an Abbas-Mustan film, Abbas sang a different tune. "Yes, we are working with him. But we haven't decided what."

Posted by Mahendra at 9:19 AM No comments: