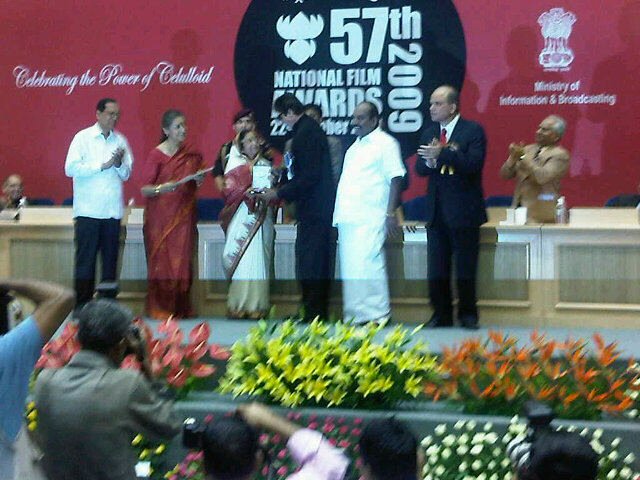 Monday, October 25, 2010, 14:29
Bollywood megastar Amitabh Bachchan received the fourth national award of his career on Friday for his excellent performance in the role of a 12-year-old kid suffering from progeria in Paa. He was accompanied by his entire family at the awards ceremony.
Dressed in a black bandhgala, Big B collected his fourth National Award from President of India Pratibha Patil. His son Abhishek Bachchan also received the award for 'The Best Producer'.

However, the whole of Bollywood did use the Twitter platform and various media outlets to congratulate the actor on his achievement. Actress Shilpa Shetty said that an award is not enough to celebrate the great actor’s achievements.

Amitabh was earlier honored with the same for his performances in Black, Agneepath and Saat Hindustani.

Twitter Blog
Posted by Mahendra at 5:07 AM No comments:

RGV announces his next Department starring Big B 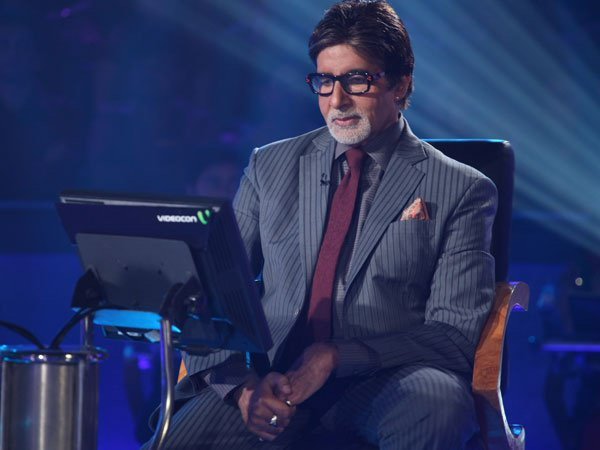 RGV announces his next, ‘Department’ starring Big B

Spicezee Bureau
Mumbai: Ram Gopal Verma announced his next venture, ‘Department’ starring Big B after his Vivek Oberoi starrer ‘ Rakta Charita’ garnered rave reviews. Now that Ramu is charged up with a renewed vigour, he is all set to make a hard hitting stylish action flick. Apart from Big B, the film will also star Abhishek Bachchan, Sanjay Dutt and Riteish Deshmukh. The multi-starrer film is all set to go on floors early next year.
On being asked by reporters as to what made the producer-director zero-in on a film like ‘Department’, RGV said, “‘Department’ is the other side of my own `Company` (Ajay Devgn, Vivek Oberoi). While `Company` was about the politics within underworld, `Department` is about politics within the police organisation itself. In underworld, there is this single person, a Don, who is the boss. In police, it is not an individual who is the boss. It is the department itself which is.”

“This is the reason why I am coining `Department` as a counterpoint of Don”, he added.

Apparently, some real like characters whom RGV had come across have inspired him to come up with a subject like ‘Department’. Narrating one of his experiences, RGV said, “A Police officer once lamented to me on how his department just uses him and officers like him when the going is bad and once done just wants to wash its hands off.”

Unlike other action films, ‘Department’ will have a very different appeal altogether. RGV plans to treat it in a stylish way. He said, “No. `Department` would be one of my most stylised action films ever though it would carry an intrinsic hard hitting appeal to it as well. I would be beginning to shoot in the month of April.”

By announcing Amitabh Bachchan’s involvement with `Department` RGV has nullified all rumors about his fall out with the legendary actor.

Twitter Blog
Posted by Mahendra at 3:34 AM No comments:

Twitter Blog
Posted by Mahendra at 2:07 AM No comments: