It is late and it is necessary for me to mention this for, many among the extended family lament the fact that I am not resting enough 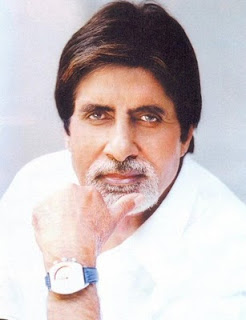 Jalsa , Mumbai     Sept 9/10 , 2011       Fri/Sat 12:32 AM
It is late and it is necessary for me to mention this for, many among the extended family lament the fact that I am not resting enough. I would tend to agree with that and i do promise that there shall be occasion to do just that the day after -Visarjan on Sunday , when the deity Ganesh ji will be taken on His final journey into the waters of the sea, and bring to an end this season of Ganesh Utsav, and be inviting the Lord to come back again next year in their homes during this festive season.
The land of India so different and vibrant and filled with such divinity and love. The various and diverse religious festivals. The celebrations for them, the customs and rituals that follow along with them, the devotion of all those that believe in them. Their faith and utmost dedication in the matter of prayer and service to the Gods, so human and simple, yet pronounced by their integrity and its outcome.
It has been an important observation of mine and I believe of certain of others as well, how even the most prominent and those blessed with all that life can offer, submit themselves to the feet of the Almighty. In their own world and in their surroundings, they are masters of their profession, confident and at times if I may say so, almost arrogant in attitude. But yet their servility to the divine is nothing different from those not in possession of their virtues - if one can call them virtues.
The very big the affluent the VIP’s all have that similar look on their countenance when in the presence of the divine. It is here they realize that it is here that they shall have to subjugate themselves to a power they are not in charge of, or incapable of handling. It is the most humbling moment in the lives of these super humans and it is most comforting to see them in such demeanor.
The beauty of all this is the fact that they all fall in the same category - equal and devoted to that same being that shall give deliverance and blessing to them. They ask in this condition and seek what they have not to be given to them. In their work they do the opposite, and so the dichotomy of the moment sometimes gives me a moment to snigger perhaps, or just inwardly store all the visuals of these individuals - a contrast in attitude if ever there was one !!
These larger than life luminaries. These bosses of the modern world. These few these merry few, who live and exist through their accumen of business, who have all the answers to all that befalls them, who guide the destinies of millions of others … now suddenly sublimating themselves to a power that even they, are unable to contend with.
When there is so much that is unknown in the world, even those that seem to know, submit themselves to the force that remains unknown. I am not aware of what and where it is or what shape and size it possesses, but this I can say with certain confidence that since there is so much that shall remain unanswered in this universe, that we shall perforce have to understand that that which is unknown shall always invite respect.
I shall always respect the fact that there is much to know and believe and learn. But I shall also not disrespect those that think and have believed otherwise. There are strong arguments in favor of both, and if we are to live and exist in a realm which we are living in, in as democratic a manner as possible, then the opportunity to be given to both must be honored and believed. An atheist does not necessarily give reason to alienate him. It announces that the freedom to believe must be arbitrary and democratic. To each his or her own  but within certain parameters of society and the morals that we grew up with and accepted for our world.
My respect for those that believe … and my respect for those that do not ….
Love
Amitabh Bachchan
Posted by Mahendra at 1:26 AM 2 comments:

Amitabh Bachchan to make Hollywood debut with The Great Gatsby 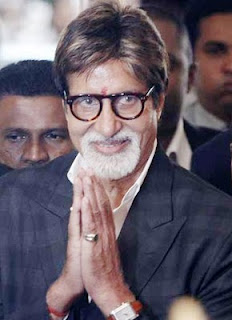 Amitabh Bachchan to make Hollywood debut with The Great Gatsby


Can it get any bigger than this? Ok, let's put it this way - Can it get any 'GREATER' than this? What you are about to read below is unquestionably the biggest and the greatest announcement coming out of our Indian Film Industry.

In what will go down as a defining moment in Indian cinema, the day we were patiently waiting for has arrived.

The Great Gatsby marks Amitabh Bachchan's first ever main stream Hollywood movie to be directed by the Oscar nominee Buz Luhrmann (Moulin Rouge). Mr. Bachchan plays Meyer Wolfsheim - a Jewish man Gatsby describes as a gambler who had fixed the World Series. Wolfsheim is a clear allusion to Arnold Rothstein, a New York crime kingpin who was notoriously blamed for the Black Sox Scandal which tainted the 1919 World Series.

The Principal photography began this week on Warner Bros. Pictures' and Village Roadshow Pictures' The Great Gatsby. The film is a new big screen adaptation of F. Scott Fitzgerald's novel from the uniquely imaginative mind of writer/producer/director Baz Luhrmann. The filmmaker will create his own distinctive visual interpretation of the classic story, bringing the period to life in a way that has never been seen before. Leonardo DiCaprio stars in the title role.

The Great Gatsby follows Fitzgerald-like, would-be writer Nick Carraway as he leaves the Midwest and comes to New York City in the spring of 1922, an era of loosening morals, glittering jazz and bootleg kings. Chasing his own American Dream, Nick lands next door to a mysterious, party-giving millionaire, Jay Gatsby, and across the bay from his cousin, Daisy, and her philandering, blue-blooded husband, Tom Buchanan. It is thus that Nick is drawn into the captivating world of the super rich, their illusions, loves and deceits. As Nick bears witness, within and without the world he inhabits, he pens a tale of impossible love, incorruptible dreams and high-octane tragedy, and holds a mirror to our own modern times and struggles.

Luhrmann said, "Fitzgerald loved the movies and was a passionate believer in the power of cinema. The Great Gatsby has been adapted for the screen no less than four times. Fitzgerald's story defies time and geography. The vision and the goal of our remarkable cast and creatives is to do justice to the deftness of Fitzgerald's telling, and illuminate its big ideas and humanity. This is our challenge and our adventure."

The Great Gatsby is being shot in Luhrmann's native Australia. The filmmaker stated, "The opportunity to make the film in Australia with the Bazmark creative team is very important to us; the assistance from Screen Australia and the NSW Government has made that possible."

The film will be distributed in 3D and 2D by Warner Bros. Pictures, a Warner Bros. Entertainment Company, and in select territories by Village Roadshow Pictures.

Bollywood Hungama wishes Mr Amitabh Bachchan the best of the best in his debut Hollywood venture The Great Gatsby.
Posted by Mahendra at 1:25 AM 1 comment: