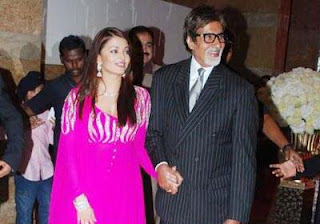 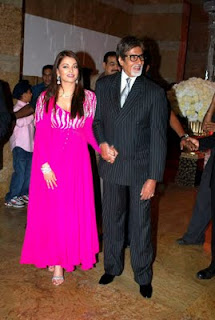 Aish Big B not afford to be nude

Mumbai. Bachchan family's only daughter Yun Aishwarya by the Bachchans have no chance of being offended, but is reported these days, Big B is angry with his daughter.

Indeed Aish Madhur Bhandarkar's next film is going to work in Hiroine and start shooting before flying reports that the film is going to Ckaspoj ऎash enough. Not just the bikini in the film look can. Even speak to her nude is going somewhere.

According to sources, Amitabh Bachchan daughter in law of your home's movement has not gone at all. Is described by the consecration of Aish have objected to being nude. Although the first ऎshwarya who had objected to these Sins Skripti agreed as per the demand.

Bollywood raging debate on this point whether the film will ऎash rebelled from his family or big family will take care of the image. Sources say that ऎash first Bengali film "Maid" has to give Semeenryuad scene was later released in Tamil. 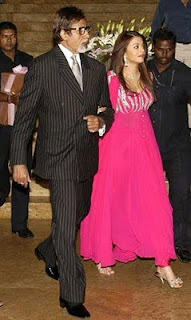 Posted by Mahendra at 3:29 AM No comments:

London , UK         May 24/25 , 2011    Tue/Wed  2 : 00 am   gmt
There are some joys in moving away. There are some joys in coming in. Which is greater one never can tell.
Some moving aways are sorrowful and continue to be with you till you come in, and remain for a time. What is this and why ? One has never been able to understand. Detachment is what the knowledged teach, not to get too close or too attached, for when the time comes to move away the pain and sorrow may dilute. Preaching is word perfect. Its practice an unopened window. The time taken in assessing its timing could take time to a higher degree. Best then to remain in the grain till it lasts and remove without pain when it does not.
I notice that many fail to understand the pervious post, or suggest that it be written simply for it makes difficult reading. Some express anxiety at the issue that could have caused me to write thus. Neither need attention. I write with an open heart and with some informality. It could cause adverse understandability. It is not written to. But if it does then it would be inappropriate to change it. What is done is done. Be it as it may - without sense, without meaning whatever … but as is. Perhaps this could be the state that the post finds itself in.
It is now a part of me. I would never want to change it.
So the climes of solitude are over and the chimes of the urban metro fill up almost as if the vacuum was unbearable. Strange though it may seem, but even a short burst of solitude urges one to return back to life of life’s aapadhaapi. The rush of it. Those that hibernate here in the city, would not understand the enthusiasm of the non metro and perhaps vice versa.
Never seen or been in a metropolis is by itself an awesome experience. It overwhelms. Never seen or been in the rural is an awesome experience too and it overwhelms as much. In a land where both exist, it is difficult for one to make the quantum leap to catch up with the other. Equally it makes it awfully depressive in the reverse. What then ?
I do not have any answers on this. Perhaps the learned on the blog or on the EF may have some inputs that could resolve this in more ways than one. I attempted it once. When I committed myself to public service and life. But found it too harsh and with a bearing which did not give me the qualification to pursue. But indeed the life of one as opposed to the other, is vast and disillusioning at times. We feel for those that lack. We applaud those that achieve. Is there a possibility of a balance ? No I doubt much. Those who have not need to have. How will they have if the haves are constrained is one argument. Putting all issues to the state is also unwarranted. It shall not happen. Individual help and assistance can only go this much and no more. Hence the balance and its vast importance.
Who then will decide the balance, or measure its scale. Another issue ! That then is the problem. Not the desire, not the keenness to balance, but to find a suitable measure of rightful balance. Many of those that come up with noble execution, face the ignominy of being what they are termed as being. A leader of men may have a solution, which another may find creating far too great a value to his position and could as well want to destroy. It happens in politics, in business, even in entertainment. Guile then is the password. Guile ? In politics acceptable. In business too. But in entertainment ? Difficult to understand. But I am told happens. More so now with the fresh crop, that manages and knows the strengths of management and marketing. And they gain and progress. Perhaps not so much in the art, but in the art of management, and thereby success.
We have a lot to learn yet. Life teaches every day. Don’t go to school one day and find yourself washed away from the shore into the deep ocean, never to be retrieved again. That is sad. But true.
I need to learn a lot …
Amitabh Bachchan
Posted by Mahendra at 2:58 AM No comments: