BigB and Riteish were wary of Shiamak 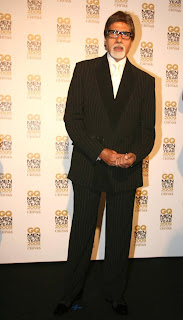 
Mumbai, Oct 25 (IANS) Selective when it comes to Bollywood assignments, Shiamak Davar got interested in "Aladin" when told by director Sujoy Ghosh that "Genie Rap" was a song designed for kids. Insiders however claimed it wasn't really an easy track to put in place as the actors - Amitabh Bachchan and Riteish Deshmukh -- were wary of the choreographer.

The first and foremost reason for it was Shiamak's reputation of making his actors go through some unusual dance moves.

Riteish, who plays the title role in "Aladin", said: "The moment I was told that the song would be choreographed by Shiamak, I knew that I had to get my act right. Of course I have enjoyed success with a few dance numbers over the years, but one is always wary of dancing to the steps created by someone like Shiamak."

"Make A Wish" a.k.a "Genie Rap" has been on the air for a month now and has found an immediate connection with the audiences. A delightful track with the colour red holding prominence in a majority of frames, it carries a good

Other than highly colourful picturisation, there is also the presence of Amitabh, Riteish, a couple of dozen gorgeous dancers, some cool VFX and of course a foot tapping tune created by composers Vishal and Shekhar. Of course the man who has added his own flavour to the entire package is none other than Shiamak.

"See, Shiamak has an entirely different approach to making your body move, something which is not really conventionally Bollywood. Right from the days of 'Dil To Paagal Hai', we have seen how innovative he is. You have to unlearn a lot of things to grasp what he wants you to do. I too was a little wary earlier on, but then constant rehearsals made me a lot more comfortable when I went for the take," confesses Riteish.

Apparently it was not just Riteish but also Amitabh who knew that it was going to be quite a challenging assignment to get into the act for Shiamak-choreographed "Genie Rap".

"Well, Shiamak does come with a reputation and it was a happy sign for me to see my actors getting into the preparation mode for the song. The final effect shows and when I see the response of viewers the world over, I am assured that the hard work and commitment of everyone involved has paid off," says Sujoy.

A co-production of Sunil Lulla from EEros International and Sujoy' Boundscript, "Aladin" is all set for release this Friday.