Big B to feature on first episode of Abhishek TV show 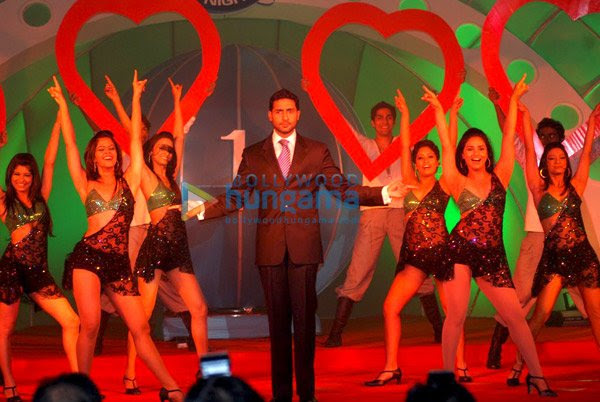 Big B to feature on first episode of Abhishek's TV show


Mumbai, Jan 18 (IANS) As Bollywood actor Abhishek Bachchan gets ready to make his TV debut with "Idea National Bingo Nights", he will be seen playing the game with his father Amitabh Bachchan in the inaugural episode of the show to be aired on Colors channel.

Dressed in a formal black suit, Abhishek was at his wittiest best at a press conference here Monday. With his one liners and spontaneous answers, the audience was in splits and enjoying every moment of the session.

Explaining why his father is featuring in the first episode, Abhishek said that he wants him to do some 'aaram' (rest) through the show.

"As a son, I want my father to relax a bit, slow down his work and take care of his health. But he hardly takes my advice. So I called him on this show to take some 'aaram'," Abhishek told reporters.

Being produced by Fox Television Studios India Pvt Ltd, the show will have two fast-paced rounds of the popular guessing game 'Bingo'.

Talking about this show, Abhishek said: "The sheer simplicity of the idea and the fact that this show is highly interactive is what attracted me to it. Winning here is easy, you need not answer any difficult questions or perform any strenuous physical tasks. The idea is simple - leave behind all your worries, relax and enjoy."