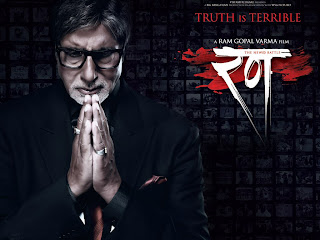 New Delhi, Jan 28 (IANS) While his latest outing "Rann" has been touted as an anti-media film, Bollywood megastar Amitabh Bachchan maintains otherwise. He has urged the fourth estate to watch the film and decide for themselves.

Clad in a maroon velevet bandgala, the 67-year-old, who was here for the red carpet premiere of the movie, insisted the film is a "pro-media" drama.

"You (the media) should go and watch it. It's actually a very pro media film. I hope you enjoy it," Amitabh said.

Also present at the event were some members of the star cast Riteish Deshmukh and Gul Panag and director Ram Gopal Varma.

Aishwarya Rai, Abhishek Bachchan and Vivek Oberoi also made it to the do.