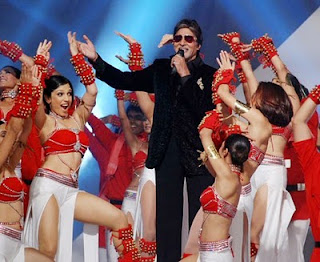 Amitabh Bachchan no longer IIFA brand ambassador
Mumbai, Jan 17 (IANS) Bollywood megastar Amitabh Bachchan, who has been the brand ambassador of the International Indian Film Academy (IIFA) Awards since their inception in 2000, will no longer perform the role - and the concept itself has been dropped.
"Due to unexplainable reasons, after announcing the event, Mr. Bachchan couldn't participate in the IIFA Weekend in Sri Lanka last year. Following this, IIFA aborted the concept of a Brand Ambassador," Sabbas Joseph, director, Wizcraft entertainment that organizes the event, said in a statement.

"Keeping in mind the huge respect that Wizcraft and IIFA have for Mr. Bachchan and the deep relationship that we've always shared, we are not having anyone replace Mr. Bachchan. 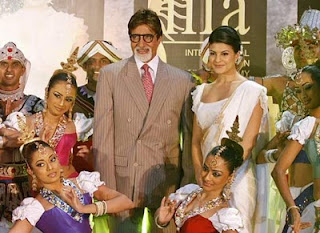 "The Bachchan family has been an intrinsic part of IIFA every year, and in this regard we have already shared with them a proposal about their participation this year too. Mr Bachchan's reason for non-participation is best known to him. IIFA and Mr.Bachchan are inseparable. We will continue to pursue his participation for this year too," Joseph said.

However, there could be more to this than meets the eye as Amitabh confirmed the parting of ways on his Twitter account but put the onus on the IIFA.

"Not coming to Toronto IIFA...IIFA says my services are not required," he Tweeted.
Posted by Mahendra at 7:32 AM