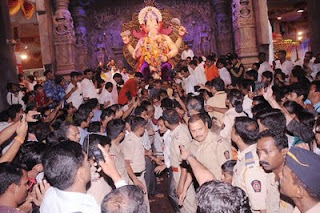 Jalsa , Mumbai       Sept 4, 2011      Sun 11 : 52 PM
My apologies for last nights’ apology of a post and my immense gratitude to all for your concern on my health. I feel somewhat better, though somewhat is neither here nor there in the language of the Queen !
The medication is actively pursued and all the heaviest drugs that increase palpitation and make your hands quiver as they write, or attempt to write, are in place. My infections of the chest are a legacy that has remained with me for long, and long has it always taken to diminish or subside. I am presuming therefore that this incident is no different and shall take the amount of time it normally takes, which in my estimation could be a long - a very long - drive !
But I must as always thank all of you for your kindness and affection in asking with concern of my condition and for the prayers and wishes for a speedy recovery. The recovery is hampered because the required rest is not forthcoming. Worse, the entire day goes in the recordings of KBC which is a virtual verbal roller coaster of a ride. Its non stop talking for at least 8 hours. Even the most accomplished motor mouths would be put to shame on this one !!
But do not despair, for there be some resurrection in the coming days where intermittently an opportunity shall come by for a film shoot - the Tanishq commercial with the wife and further another one for Force Motors.
Also Ram Gopal Varma begins ‘Department’ - where I have agreed to do a friendly appearance - begins next week and that should come as a ’somewhat’ better proposition for me. But beyond this there is no attempt to take on any fresh projects other than what I have committed myself to, so that sufficient time shall be at my disposal for the restructuring of many of my medical issues.
The ‘aarti’ tonight at the Lalbaugh ch Raja - on the auspicious occasion of Ganapati - was a delight. Millions of people come by to pay their respects to the deity, which incidentally is the largest Ganapati in the city, and perhaps the largest in the entire country. Unlike last years ‘darshan’ which took several hours because of the rush of people and the traffic congestion at the site, tonight was more organized and smooth. Shankar of SEL was going to sing the ‘arti’ and we were all to join in.
There is a strange sense of emotion that envelops you when an entire community gets involved in a process of prayer. The strength of the vocals of millions of people, is nothing short of being the most potent invocation of the Gods ! And I do believe that He listens to each and every voice that goes up in prayer to Him. We are selfish in His midst. We ask we seek and we desire wishes to come true as we stand besotted in His presence. We ask many things. Protection and health and success and prosperity, not just for ourselves but for the entire loved ones. And at times when in sufficient need, for those that come near to us. Undaunted by all this, His grace and power of deliverance never seems to fade away into unfilled desires. He considers and then reaches His own conclusions before He blesses us. And when that happens we soon seem to drive past Him. Until … the next moment when you are either stranded in desperation on a rugged road, symbolically of course, unable to negotiate the twists and turns of the world and its uncertainties. 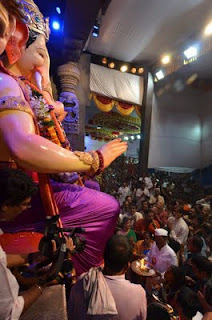 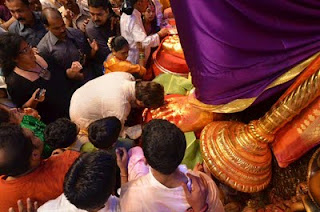 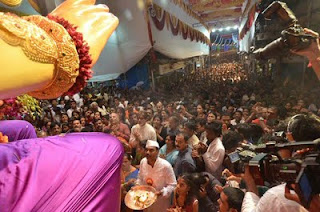 May the blessings that we seek from the divine be spread among all of my EF .. may they be happy and in peace and may they ever be prosperous ..
Till the morrow then .. with love
Amitabh Bachchan
Posted by Mahendra at 2:37 AM