What would the world do without music ! BiigB 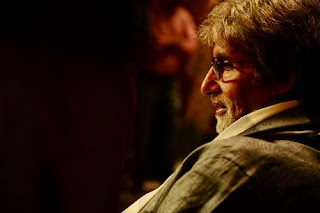 Jalsa, Mumbai              July 16/17,  2013              Wed 1: 29 AM
The strains of 'o rangrez' in the ear phones, the beautiful ghazal from "Bhaag Milkha Bhaag" and all the forces that clog the mind, disappear just so rapidly ! What would the world do without music ! Embedded in each of our pores, whether of musical mind or not, is the essence of 'sur', the strain that connects magically to that unknown force, which many have not seen yet experienced, equally magically as would they in prayer or in worship. Many that do not subscribe to the realm of godliness or gods, still get ecstatic to that which tugs our strings to the seven notes of music. Believers or non believers experience similar emotion to that which is rendered either through voice of instrument, stirring the soul to a level and height that elevates us virtually at times, into a physicality, unknown many a times. There are stories that explain such, stories that have been witnessed by those who were present at these happenings. The smashing of glass utensils at a philharmonic peak. The bringing on of rain during the rendition of one of the classical 'ragas' of the India Classical music, and many more ..
Sound and its reproduction in the balanced tone of correctness shall and will always have a purity that just cannot be defied or defiled. Sound shall and will always play miracles in the lives of humans. It has the power to convey expression and feel, desire and elation, emotion and compassion .. most of the time all at once !!
Those that do not have music within are sadly devoid of any emotion. How can they when it is their mind that converts thought to voice and subsequently to song. When the mind is polluted, the music shall be filled with pollution too. It may have patronage, but never the compassion that it richly deserves.
I often become a part of noticed debate on the culture of our films and our Industry. And often have been privy to comments that not just criticise but also despise the efforts made by those who design their recall on the level of music and therefore its subsequent dance that it brings. The oft mentioned 'dancing around the trees' comment. Yes .. it does happen, so what. So long as I am not dancing on your head, why not the tree ? Is music that expressionless that it needs to be cut down each time its referral takes birth ? Those that dislike it and annihilate its occurrence must make effort to enact it themselves, purely as an exercise. Find out what it takes to express music and its words and its feel, in the unrealistic escapist environment of our commercial film.
Expressing in terms of music is not a poison which many make it out to be. Music and art and dance forms have survived so long in any condition, will prove to all that the strength has been so potent that it is not something that can be wishes away that soon … ! In fact it never will !
There is enough prayer in the shape of words inside a Chapel or Church, a temple and most religious preachings. Why then have the singing of psalms or 'bhajans'. Even the Gods love music, in fact it can be safely said that perhaps they love it more than any other. If there were to be just the written or spoken word, I wonder how the world would sound !!
And now the bright and racy number from 'BMB' … 'mera yaar', in the ear phone ..
" why do i need to go to a mandir, when my loved one, my yaar is Khuda ../ " why do i need to go to the masjid when my loved one is Khuda ../ whether i love or do ibadat its the same "…/
The strength of love … prayer is love too, belief too …
Love to all ..
Amitabh Bachchan
--
Mahendra Gorele
Posted by Mahendra at 8:23 AM