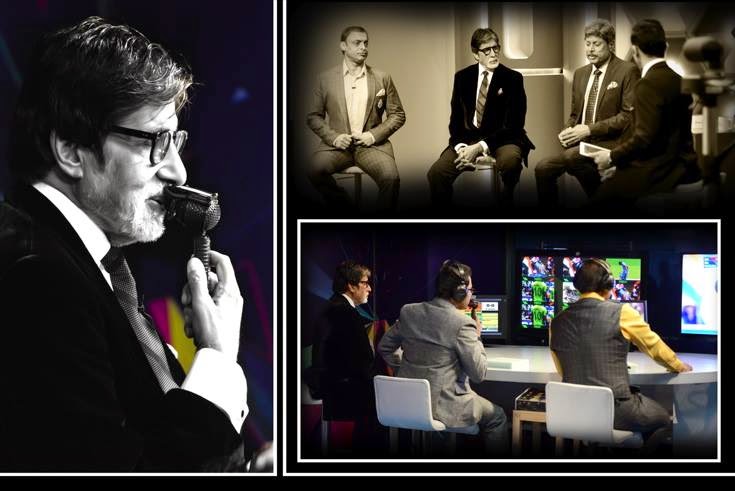 ADELAIDE: With his famed baritone, superstar Amitabh Bachchan on Sunday made an impressive commentary debut in the high-voltage India-Pakistan World Cup cricket match.

The legendary actor started off his on-air stint with former India captain Kapil Dev and ex-Pakistan speedster Shoaib Akhtar in the pre-match show.

Bachchan, 72, then eased into the commentary box with Akash Chopra and Akhtar for company. Trying to get his field placements right and making sharp comments about opener Shikhar Dhawan's technique against the short ball, Bachchan seemed to pick up the ropes of commentary pretty quickly.

Kapil soon joined the towering Bollywood legend in the box and the Haryana hurricane egged on the actor to keep up the good work. 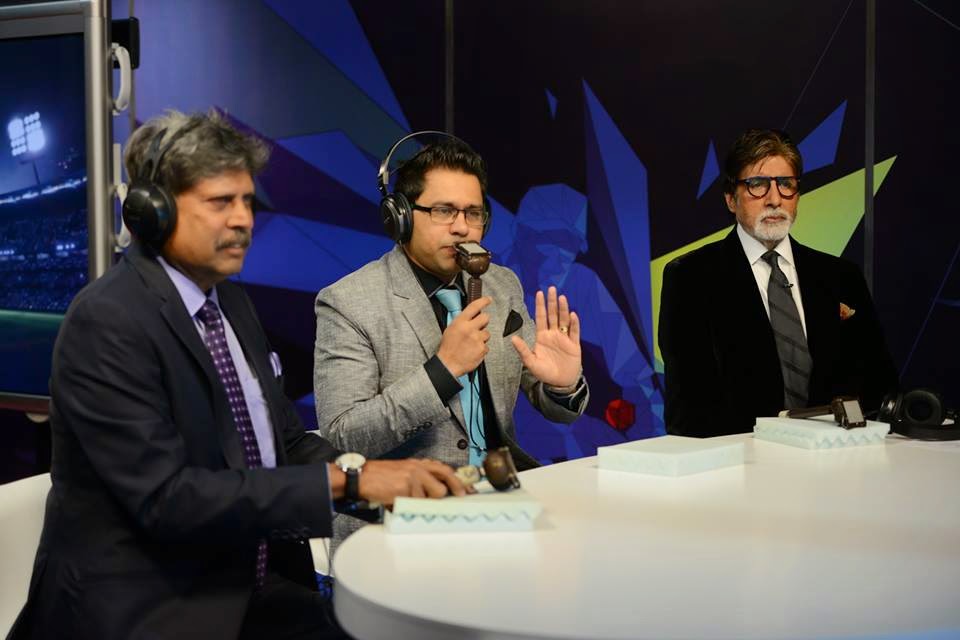 The joy continued for many a Bachchan fan, as Rahul Dravid and Arun Lal also shared the microphone with the matinee idol as they discussed India's winning moments in the World Cup.

Keen to know about the actor's whereabouts during the 1983 Prudential Cup final, Dravid, looking like an avid Bachchan admirer, got his answers from the man himself.

Sitting in the Hindi box for the first half-hour of the match, Bachchan not only saw a six from the blade of Dhawan but was also witness to Rohit Sharma's wicket in the eighth over off Sohail Khan. 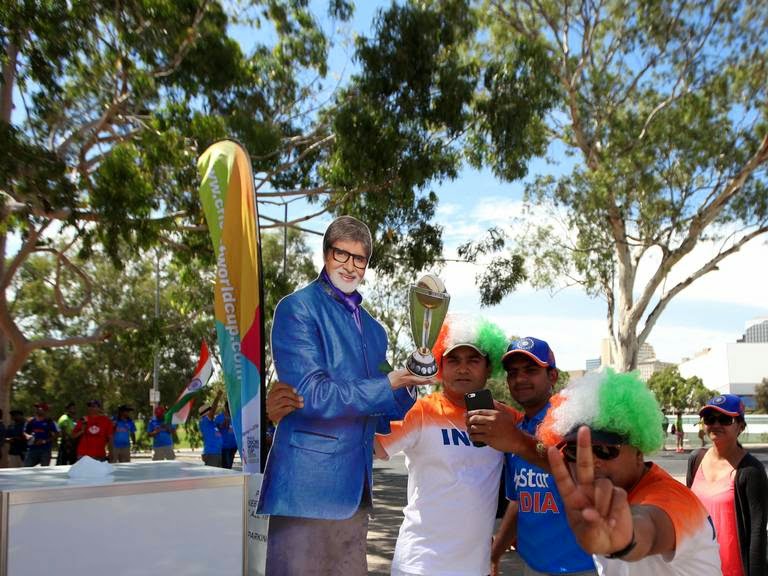 Amitabh, who seemed to have enjoyed his first-ever commentary stint, was ironically rejected for his baritone by All India Radio (AIR) in late 1960s before he became an actor.

Like any superstitious sportsman, Bachchan also revealed that India seldom won a game with him watching. The veteran actor thanked the experts and the fans for providing him a unique opportunity.

"Thank you for having me here. It was a unique opportunity for me and I thoroughly enjoyed the experience. Hope India wins," Amitabh (who spoke in Hindi) signed off.

timesofindia.indiatimes.com/
Posted by Mahendra at 11:59 PM