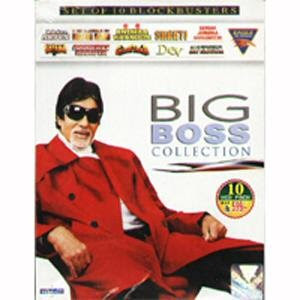 Bigg Boss Season 3 is heating up and there is already lot of speculation about the contestants. With Big B replacing Shilpa Shetty as the host, there is already high hopes about some spicy gossips awaiting from the day 1. The contestants are screened very closely so that they are picked up from all walks of life and the ones those who were in the limelight recently.  So any guesses?

Though there is no official announcements, but  Zorsebol team has picked up the info about Bigg Boss Season 3 Contestants and here are four top picks!

Ajay Jadeja - Ace Cricketer, who had to prematurely say good bye to Cricket is one of the most talked about probable for the Bigg Boss Season 3 team. Ajay has been on Jhalka Dikkhala Jaa show and also also been associated with Cricket Match Reviews.

Fiza Chand – She has been in news because of problems in her marriage and further kidnap drama of her husband Ex-Minister Chand Mohammad. Recently she was seen in another reality show Iss Jungle Se Mujhe Bachao.

Mika – Singer, brother of Bhangra King Daler Mehendi – Mika has been on various Television shows and has been in controversy because of his blunt and hard hitting talks. Will he be able to adjust in the Bigg Boss house?

Harshit - Star Voice of India finalist, Harshit will probably do what Debojit Saha did during Season 2.

So who are the rest? keep guessing and leave your footprint as to who you want to see as one of the contestant?