Promotions of films a test of patience Amitabh Bachchan 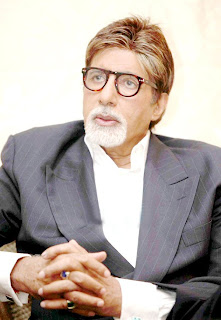 Promotions of films a test of patience: Bachchan

Mumbai, Oct 28 (IANS) Bollywood star Amitabh Bachchan, who is currently busy promoting his film "Aladin", says that movie promotion is not only an art but also a test of one's patience.

"Promotions of films has now become an art, an exercise in management, a test of patience and an ability to be able to answer the same questions in and out with the same intensity and conviction that you may have expressed in the previous interview," Amitabh posted on his blog.

"They are all around you waiting in anticipation for their turn to arrive, to be able to turn on their microphones and cameras, to put on that TV anchor demeanour and strike out. I have admired their relentless pursuit for that exclusive, their determined effort to get something out of their subjects which has not been covered by the other rivals, present merely inches away," he wrote.

Further praising journalists, he wrote: "The speed with which they (journalists) all operate is incredible. How they devise the look of the interview, what would need to be shown as a clip to enhance the program, the reference material of the past, the music and the editing of the material they have, the headlines that need to be created and then finally the presentation on the broadcast.

"...But there is never ever a complaint, an objection to a delayed request and neither is there need to bring out competition at the street level. There is a deep understanding and respect for each other. A desire to share information and to see that it is disseminated in a manner that would be the requirement of their seniors."