Amitabh Jaya Bachchan back on screen for Tanishq ad 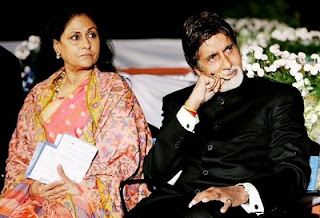 Big B, Jaya Bachchan back on screen for Tanishq ad

In a major delight to all their fans, yesteryear wonder couple Amitabh Bachchan and wife Jaya Bachchan are back in action after almost ten years of working together.

Well, the husband and wife were last seen together in Karan Johar’s heavy-duty film ‘Kabhi Khushi Kabhie Gham’, and they are reportedly reuniting on the television screen for an advertisement campaign for the jewelry brand Tanishq.

Confirming the news, Amitabh Bachchan posted on his bigb.bigadda.com blog, At Tanishq, the jewelry business of the Tata Group for their AV for endorsement. Jaya and I are doing it together. Will be in front of cameras after Kabhi Khushi Kabhi Gham. 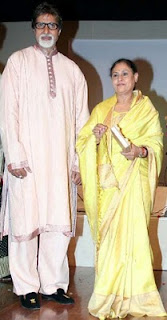 While not many may know this, but Amitabh has a very strong connection with Bhopal, as his wife Jaya Bachchan hails from this city, which is currently facing the controversy of being renamed to ‘Bhojpal’.

It all started when Amitabh, who was in the city to shoot for his upcoming movie ‘Akarshan’, got himself involved in the controversy after making a comment in favor of the new name.

Bachchan wrote in his blog post, There is a move here in this city to christen it as 'Bhojpal', instead of its present Bhopal. 'Bhojpal' was apparently its original name, a name it got from the great warrior king, Raja Bhoj."

Amitabh is not son of the soil--Buch

"Amitabh is the son-in-law of a Bhopal-based family, but he is not son of the soil. He has no knowledge of Bhopal. With no stake in the city because he lives in and with considerable property interests in UP, why he jumped into the fray, he said.

Suggesting Big B to remain out of this matter, poet Manzar Bhopali said that Bachchan had not been to Bhopal even 20 times in his life, so, how could he get involved in the issue.

Well, Big B may have to reconsider before posting anything about Bhopal ever again!