Big B nervous, apprehensive about 'The Great Gatsby' shoot 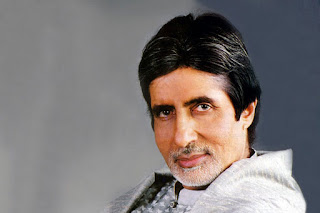 Big B nervous, apprehensive about 'The Great Gatsby' shoot

New Delhi: Bollywood megastar Amitabh Bachchan has flown down to Sydney to shoot for his first Hollywood project, Baz Luhrmann's 'The Great Gatsby', and says he is nervous and apprehensive.
The 69-year-old actor has joined the cast of the USD 120 million film along with Hollywood stars Leonardo DiCaprio and Tobey Maguire.
"The shoot for 'The Great Gatsby' for Baz Luhrmann! Butterflies as large and as huge as the Transformers monsters in the film that I breezed through on the flight.

Apprehensions, as fearful as the raging thunder and lightening storm that broke over the Mumbai skyline just prior to my departure last night..." Bachchan wrote on his blog.
The actor who will join the starcast on the sets after a few days of preparation, also wrote that he feels like a beginner once again in front of the Hollywood stars.
"A few days of preparation before the actual shoot and then on to the floor among stars Leonardo di Caprio, Tobey Maguire and several others. A stranger among the giants of the International movie world, I feel as though I am starting off all over again," he said
Posted by Mahendra at 10:04 AM