My Father’s birth anniversary to day ! 27th of November 1907 was born 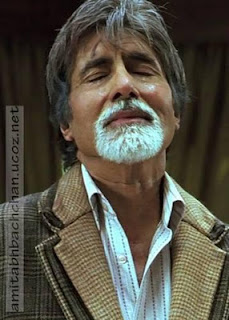 Jalsa , Mumbai        Nov  27 ,  2011               Sun 11 : 45 PM
My Father’s birth anniversary to day ! 27th of November 1907 was born to my Grand Father Pratap Narain and his wife my grandmother Sursati, Harivansh. The elders in the house referred to him lovingly as ‘bachcha’ meaning child. When he grew up and inclined himself to poetry and literature, he adopted his ‘non de plume’, Bachchan and which became the family name, Amitabh being the first bearer of it.
In the morning hours in his room in Prateeksha, where he breathed his last, I stand in front of his pensive photograph along with my Mothers and below my Nana ji Sardar Khazan Singh Suri, resplendent in his Sikh pagri seated beside my Nani, standing, short, demure and holding an umbrella in her hand – a prerequisite in the times of the British Raj and the manner in which the pictures of the ladies of the era used to appear. My Nana, a tall handsome Sikh in his three piece suit and boots, a Bar-at-Law during the late 1800′s looking on somewhat stern, but in a pleasant manner.
I visit this room often. A must before I start my day to seek the blessings of my elders. Today I spend a little more time than usual and an entire lifetime flashes past. Details of the times gone by are so vivid and clear and unblemished. They seem like they happened just a few minutes ago. A wonder really of the mind. I dwell in them with just a gentle smile on my face. Life gone by deserves this.
A stream of visitors has been coming in to the house to bless and meet the little one. She, in all her pink glory has slept through it all. And when she awakes stares with open wondered eyes on what looks down upon her. Relatives from both sides, friends, well wishers the lot. They leave behind little gifts, a happy note in the baby book and leave discussing in rather animated form on who she resembles. Probable names are read out aloud – suggestions from the mobile, from the twitter, from the Blog, on the email, all giving sincere opinion why the one they suggest would be best for her. It is so lovable that they do this and I wish to thank the efforts that they make. Soon a name shall come about and we shall share it with all .. but till then …. a patient wait !!
Its been a day mixed with emotion and explanation. Of justification and the seeking of truth in obtuse circumstances. But of that later. For now, it is the presence of my Father’s birth gone by and the coming by birth of another in the family.
It is the greatest wonders of the universe – procreation !
With love and more ,
Amitabh Bachchan
Posted by Mahendra at 4:33 AM