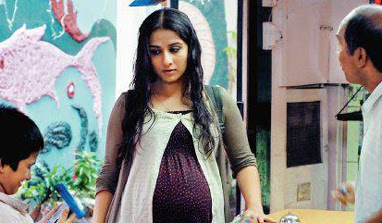 
After a successful 2011, Vidya Balan is set to start the New Year with another woman-centric film " Kahaani" and has found support from none other than Amitabh Bachchan who is promoting her film on social networking sites.

The megastar has sung Rabindranath Tagore's iconic song "Ekla cholo re" for the film and is talking about it on his blog and Twitter page.

"My friend Sujoy Ghosh of 'Aladin' fame... puts out his trailer for his next with Vidya... 'Kahaani'... interesting watch," he tweeted.

On his blog, Big B wrote: "May I just say that singing Rabindra Sangeet for the first time was the greatest revelation. The beauty of the language, the lyricism of the tune and its 'dhun' (music) are outstanding.

"This particular, world famous number 'Ekla Cholo', expounding to all that if no one came to you on your calling, walk alone!! And what a fabulous song has been incorporated by Vishal-Shekhar. Truly awesome and worthy of all award."

Vidya is currently promoting "Kahaani" and when asked about it, she said: "That is very, very kind and generous of him. He has sung a song for us, I thought that was under wraps, so I didn't say but obviously you all seem to know."

"It is a very special song for Kolkata and all the Bengalis. It has been sung by Mr. Bachchan, so it becomes all the more special," added the 33-year-old actress while launching Radio Big FM's new jingle.

She is known for her power-packed performances in "Ishqiya", "No One Killed Jessica" and "The Dirty Picture", but Vidya has no plans to exercise her vocal chords.

"So far no, because I don't know. I am not even a bathroom singer. So I am happy listening," said the actress who plays a pregnant woman in "Kahaani".