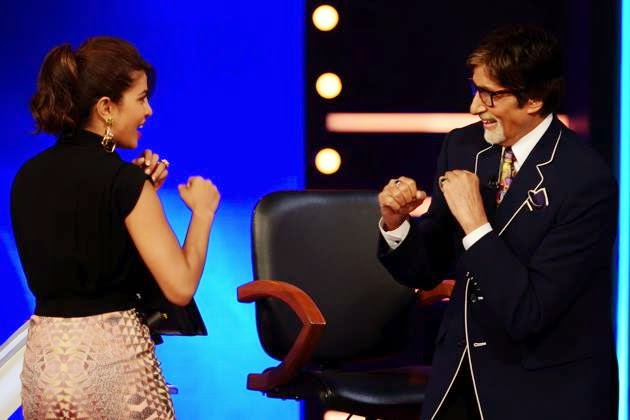 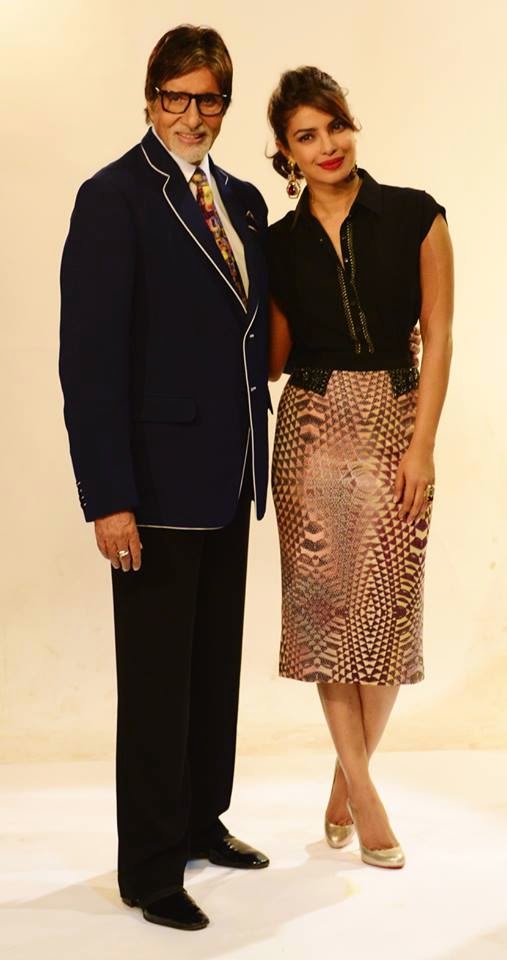 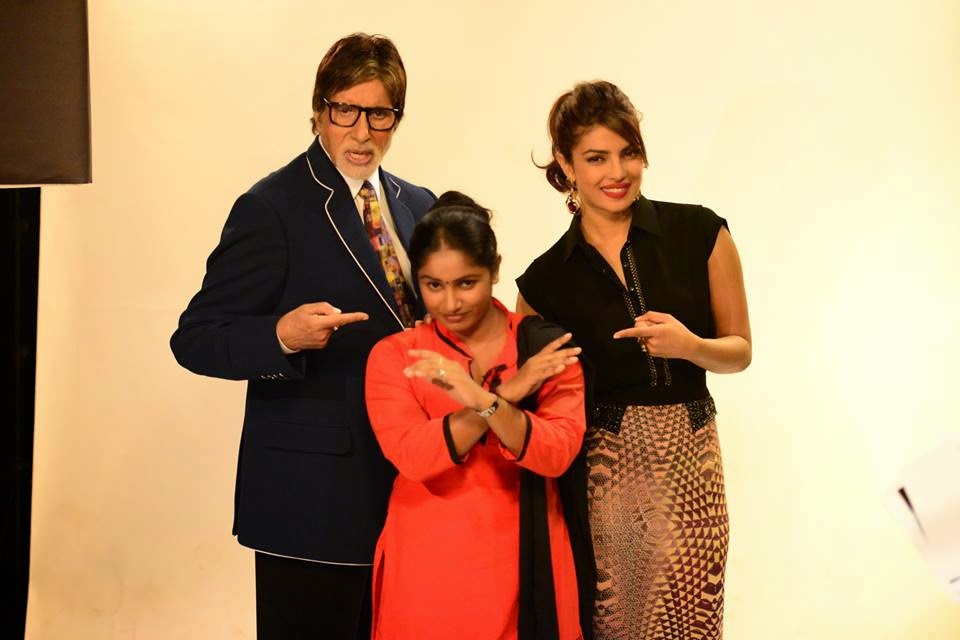 Megastar Amitabh Bachchan has been an inspiration for many but this time, the megastar felt “really inspired” by a true story of a “fiery young lady” who came to shoot with actress Priyanka Chopra for the forthcoming season of reality show ‘Kaun Banega Crorepati’ (KBC).


The 71-year-old shot a "special programme" called ‘Housalebaaz’ with the two ladies. He took to his blog to make a special mention of the “determination and strength” of Usha Vishwakarma from Lucknow who fought back abuse and wretched treatment from the opposite sex.

“Inspired really by the true story of the fiery young lady that came on with Priyanka Chopra to KBC in our special programme called ‘Housalebaaz’ ...one with determination and strength, displayed in circumstances that have troubled and abused the young female gender in society … ,” he posted on his blog srbachchan.tumblr.com.

“Usha Vishwakarma from Lucknow, UP fought back abuse and formed a RED BRIGADE of young girls, trained them in the art of self defence and wanted to form an Academy by the earnings at KBC to teach and arm those oppressed and suppressed women in the country to give it back to the invader...,” he further added.

“And Priyanka does just that in her film ‘Mary Kom’ the bio made on the life of this fearless athlete from the North East, Manipur, who won the World Championship Women’s Boxing event 5 times and won a medal for the country at the last Olympics,” he posted.

Co-produced by Sanjay Leela Bhansali and Viacom 18 Motion Pictures, "Mary Kom" shows M.C. Mary Kom`s journey from an athlete to a boxer, opposition faced by her father to take up the sport as a profession, training with men, her fearless nature, marriage and so-called end of her boxing career.

Directed by Omung Kumar, it is slated for a Sep 5 release.
News By Zeenews
Posted by Mahendra at 5:35 AM