I fell in love with Amitabh Bachchan: Akshara Haasan 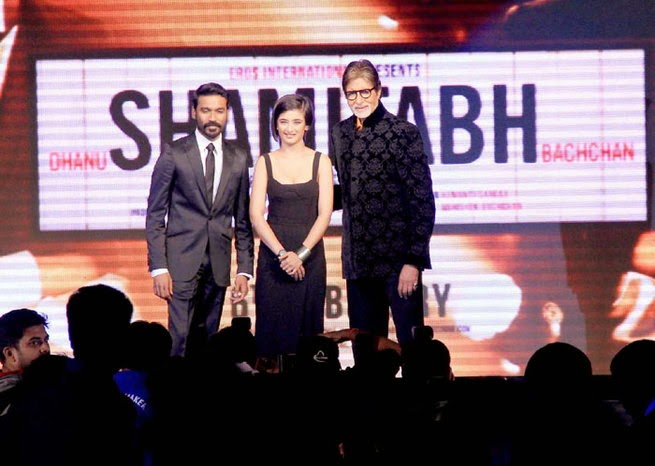 I fell in love with Amitabh Bachchan: Akshara Haasan

Akshara Haasan has inherited the acting legacy of her parents, Kamal Haasan and Sarika, who have been part of Indian cinema for over four decades. She made her screen debut this Friday with Shamitabh. The 23-year-old tells us why she wasn’t sure about becoming an actor and also talks about her father’s stardom.

You weren’t sure about becoming an actor. How did you zero in on Shamitabh?

To be honest, I had taken time to discover my calling and did different things like being an assistant director, a photographer and a dancer. I thought this was the right time to understand what acting was all about. So I went up to mom and told her ‘it is time I act’. Shamitabh happened with Balki (R Balki; filmmaker) sir spotting me outside an editing studio. But he didn’t know who I was, and much later, he asked me if I was interested in working in his film.

What was it like to do a scene with Amitabh Bachchan?

In my first scene with him I had to look stern. However, my voice was quivering. But then, he made me comfortable. I fell in love with him after watching Kaun Banega Crorepati. I thought “he is one of the most successful actors and I cannot mess up.” That was the kind of pressure I put on myself. His aura can be intimidating.

Your father, too, is a name to reckon with.

I have seen his stardom, but for me, he is my dad and not the way the audience sees him. As a kid, I could not figure out why everyone was running after my father. But when I see him on screen, I see him as an actor and not as my father. In my childhood, however, if my parents were beaten up on screen, I would start crying. The final scene of Sadma (1983), where dad is trying to make Sridevi recognise him, tugged at my heart strings.

How is your rapport with Shruti?

Shruti is a friend, a sister and a guide. There is a lot of understanding between us. She’s very protective about me.


News by hindustantimes
Posted by Mahendra at 11:44 PM