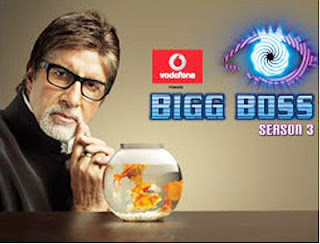 According to aMap, Amitabh Bachchan's small screen comeback as the pop philosopher on Color's 'Bigg Boss 3' has generated a record television rating point (TRP) of 6.0 for the launch episode aired on October 4.

aMap says the ratings of 'Bigg Boss 3' are double those of 'Bigg Boss 2' last year when actor Shilpa Shetty was the anchor, or Bigg Boss 1, which aired on Sony Entertainment Television three years ago.

Advertisers have expressed strong faith in the show that has attracted top spenders such as Vodafone, Sunsilk, Garnier, Max New York Life insurance, and GM Chevrolet among others.

It is an interesting show that has always received higher ratings. Bigg Boss 3 will be able to sustain high viewership to meet our marketing objectives," says a senior executive of a leading brand that has bought on-air sponsorship time on Colors.