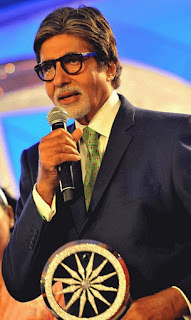 
Nandita Kao … happy birthday for the 30th .. happiness always and Hardik Shah belated greetings for your birthday on the 29th .. may there always be the best that life can offer for all and for both .. love

‘Borgias’ a teleserial tears me away from what I had imagined would be an early night. Its interesting to see Italy in the 14-1500′s and what intrigue transpired then – all be it fictionalized. But what is most amazing is the production values of these television drama’s played out week after week at such vast and grand settings and their ability to transport you immediately into that era within seconds …
The early hours of the day as darkness still prevails in this metropolis, remind one of the winter months of any European country, barring the temperatures of course and it is quite revealing to see most of Mumbai already out on the streets, limbering up or getting to work, or back from it. Gyming in the morning hours sets the pace for the rest of the day. Its strange but true. Any miscues in the routine set you back as if this body did not belong to you. The couple of hours in the sun thereafter are another blessing. Keeping the greens and not succumbing to the temptations of lucrative developers has been a boon. And looking after the plants and the trees and the foliage around is soothing to our soul. A large ‘gulmohar’ by the gate suddenly after years of its powerful and orange colored existence decided it had contributed enough and chose to slip away. It had lost its branches, just the wide stump of its base was being held together, almost akin to providing crutches to an invalid. Forlorn and devoid of any beauty anymore, it was begging for salvation. Dry, bent and shorn of all its majestic stature, it was leaning over, a threat to those beside it of the enormity of its bulk. Trees and their protection is now under Government ruling. Destroy or dismember one and be prepared to have the law on you. So you follow rulings and inform the Municipal Corporation, who come across and after due paper work, including a photographic condition of the tree, remove it. It is a sad sight to see an important member of your environ not there any more, but quickly and without any delay another has been planted yesterday and soon it shall grow and blossom and provide shade and color and beauty to the entrance.
Now … before there is discourse on this platform on the veracity of this post, may I just say that it has nothing whatsoever to do with any kind of promotional work for the ‘green brigade’. A section of my house was in trouble and I felt it needed to be shared with the Ef. I had actually wanted a ‘raat ki rani’ or the ‘harsingar’ to be planted. They are sweet smelling flowering trees. The ‘raat ki rani’ having its presence felt with the most delicious smell at nights and the ‘harsingar’, with its gentle white flowers with the orange stems, fills up the pathway in the early winter mornings to be picked and used for the offerings to the temple in the house. There is a certain grace about this flower and perhaps that is why it is named so. ‘Har’ coming from ‘hari’ another expression used for the Godly and ‘singar’ or ‘singaar’ coming from the word ‘shringaar’ meaning dressing up with elegance in all finery. So ‘Harsingaar’ the dressing up of the Gods in all their elegance and finery with this particular flower.
But .. on further research I discovered that there were the two above mentioned  trees already by the gate and that having yet another would be a duplication, so the ‘gulmohar’.
And so the end of the day and its discourse .. and so the good night .. the clock gong just went off again .. alarm bells ring for a timely bed rest …
Amitabh Bachchan
Posted by Mahendra at 9:39 PM