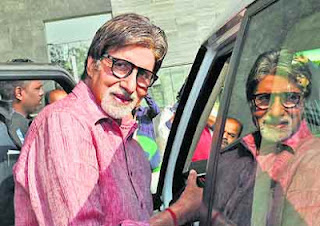 Bahchchan got the Phalke Ratna award, while Saira Banu and Dilip Kumar got Saraswatibai Phalke award, at a ceremony held here last night.

Besides the awards, Big B unveiled a wax statue of Dadasaheb Phalke, the Hindi film pioneer who directed India`s first full-length feature, 'Raja Harishchandra' in 1913.

On the occasion most senior members of various craft of film production sector, producer, distributor, exhibitor and others were honoured by being presented trophies for their outstanding services to the film Industry.

News dnaindia
Posted by Mahendra at 9:41 AM