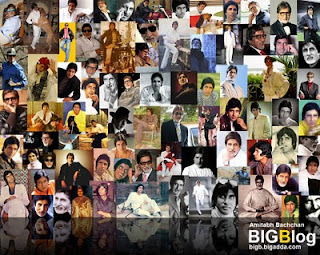 KBC is an Indian reality game show based on the UK game showWho Wants to Be a Millionaire? The show first aired in 2000 was hosted by the 68-year-old actor making his maiden appearance on Indian TV.

The game show became a huge rage with Bachchan hosting its first and second seasons. Following this, superstar Shah Rukh Khan was roped in for the third. But Big B returned to anchor the show's fourth season which was aired on Sony Entertainment Television.

Earlier, last year, when the makers of KBC had approached Bachchan for the fifth season, he had asked for the opinion of his fans.
Posted by Mahendra at 1:53 AM