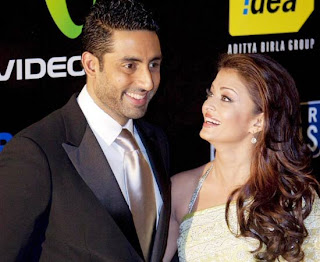 After some leading news organisations (Mid Day and TOI) reported that Amitabh Bachchan has requested Information and Broadcasting (I&B) ministry to issue guidelines to Media regarding the coverage of Aishwarya's delivery, Big B on his Twitter page slammed these reports calling them "ridiculous, malicious and completely false allegations."
He thought aloud in a series of tweets on his page:@SrBachchan: T 551 -HaHa ! Print MidDay asking if I have told I&B Ministry to block media news of Aish delivery ! Absolute rubbish ! Good try MDay !@SrBachchan: T 551 - I&B and media matter ! Firstly I have no such intention ever, secondly do you really think I&B would listen to me !?? No way baby !@SrBachchan: T 551 -But more interesting stuff coming in on this topic ! Apparently media has been told by I&B to not have OB Vans outside hospitals !@SrBachchan: T 551 -That news came to me via a journalist .. so someone putting two and two together and making it Bachchan ... Ha ha ha !!@SrBachchan: T 551 -But wait ! Yesterday journalist from electronic, sent me sms, which indicated that this decision was from the electronic media ..@SrBachchan: T 551 - And the message from the journalist of electronic stated : " .. to respect ur family's privacy n women's dignity all tv news networks decided not to follow aishwarya's pregnancy or delivery. Not a single line news till official announcement. No camera's and OBs will be stationed at your place or hospital. Regards .." @SrBachchan: T 551 - So who does one believe ? The self proclaimed etiquette and decency of the electronic, or the dictat of the I&B Ministry ???@SrBachchan: T 551 - BUT ..!! No worries TwXmFt ! Every other day some ridiculous, malicious and completely false allegations are thrown at me ! Smiley !@SrBachchan: T 551 -Some media took offense to my earlier tweets on the whole I&B matter and OB Vans .. sorted it out .. said sorry, they misunderstood !@SrBachchan: T 551 - PHEW !! Relieved that media understood what I was saying ..and all is well in the States of the Four !!
While Amitabh Bachchan in his tweets has expressed ignorance about these rules, it is believed that one of his blog postings of a few days ago forced this rethink in the broadcast media. In his November 1 blog post, Bachchan wrote: "The entire day and afternoon has been spent in laughing among ourselves and ROTF (Rolling On the Floor) on the ridiculous time and attention being given in the electronic media on the birthday of Aishwarya...all of which is completely and entirely made up."Then a document, purportedly from the Broadcast Editors' Association, was being circulated with guidelines for coverage of the birth of Baby B.Following guidelines were issued:No pre-coverage of the eventStory of birth of the baby to be run only after, and on basis of, official announcementStory not to run on breaking news bandNo camera or OB vans at hospital or any other location related to the storyGo for photo-op or press conference if invitedNot carry any MMS or photo of the childNo astrology show to be done on this issueNo 11.11.11 astro show to be doneThe duration of story to be around a minute/ninety secondsUnauthorised entry into hospital not permittedBut fans, take heart, as you would get a minute by minute report from electronic and all other media about India's most awaited baby!.
News HT
Posted by Mahendra at 5:02 AM